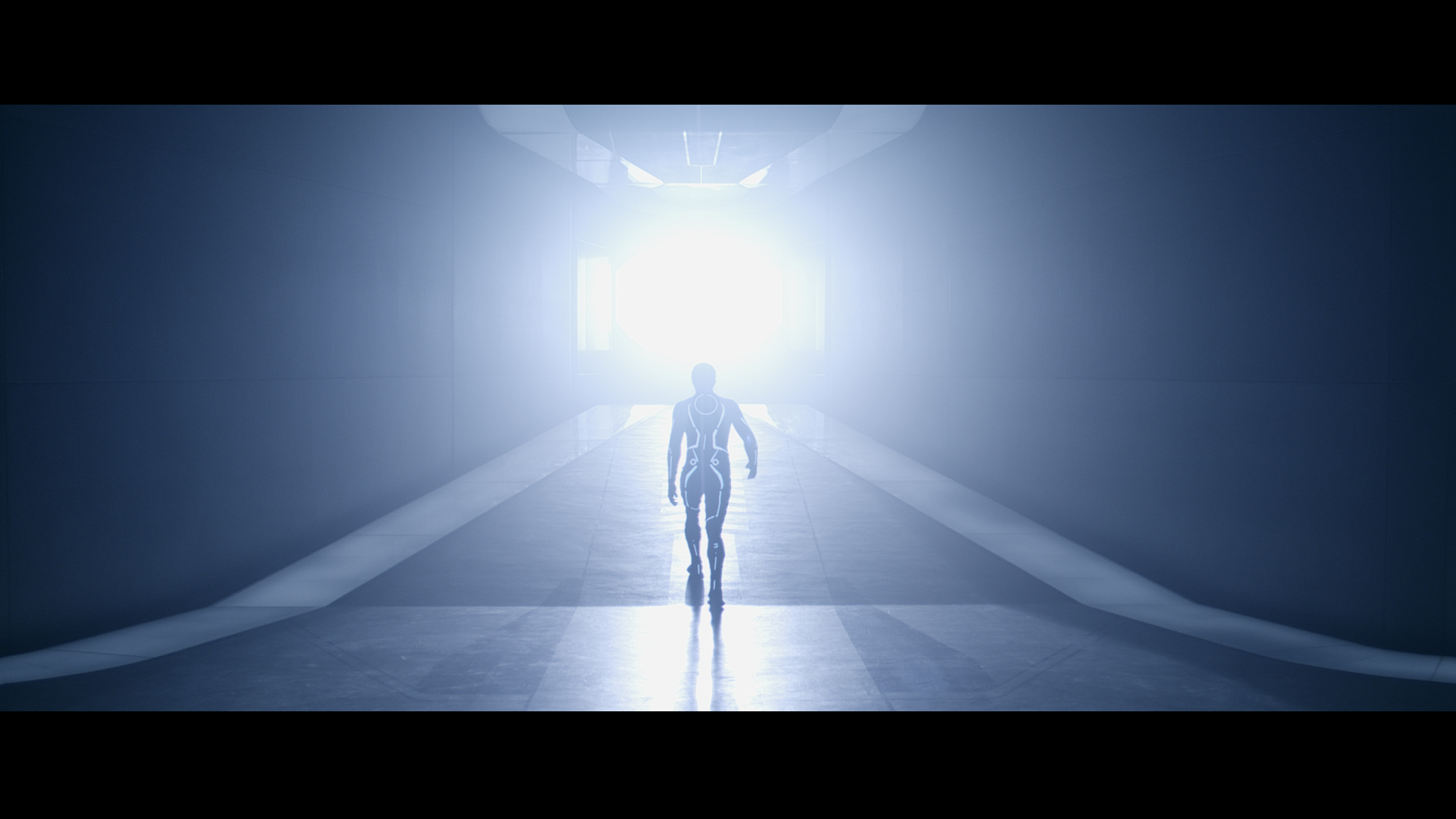 Well, the IMAX ‘exclusive limited event’  for Tron Legacy ended a few hours ago and MovieViral has received various reports about it. WHAT WE KNOW: We know that a trailer, about 2.5 minutes long, was shown to the fans who went to this event. From what we’ve heard, it’s a pretty awesome trailer. We’ve included some detailed descriptions after the jump. WHAT WE DON’T KNOW: We really have no idea what this accomplished in the ARG world. The only thing handed out was t-shirts, and so far no reports of hidden messages on the shirts have come about. A lot of viral fans are asking “that was it?” and “now what?”. More after the jump.

I speculated on Thursday that the event would lead to an online release of the trailer being shown at the event, and while that still is a possibility, it may not happen as soon as I thought. Many of us believed this event would be run by 42 Entertainment (the company behind the campaign, and famously behind other campaigns like “The Dark Knight“) rather than Disney, but from what we’ve heard it happened the other way around. A lot of the members at Unfiction forums have described their event as “loved the trailer, but not the event.”

We here at MovieViral will keep our eyes open for new clues that may lead to the new trailer, which no doubt will appear online sometime this week. Here’s some descriptions of the trailer and event:

From Collider:
The good news is the trailer is awesome and a great introduction to the sequel to Tron.  If you thought the test footage that’s been online for two years was cool, you’re going to lose your mind watching this awesome 3D trailer. The world of Tron looks like the first film mixed with The Matrix…and it’s awesome. Click here for the entire description.

From thebruce:
I seriously think there’s going to be a lot of backlash about this. In the Toronto show at least, there was nothing connecting the screening to the marketing campaign, except for getting the tshirt swag, and general consensus of the crowd leaving was WTF?! That’s it?! People were chuckling because one guy bought a huge jug of popcorn.

I’m generally pretty forgiving, but I can definitely understand the sentiments of failure for this event. I mean, even if there was at least SOME connection to flynnlives.com or a mystery or hint or something to get all these non-players involved and following, it would have merit to be considered a MUCH bigger success. Click here for the entire description.

From io9:
Downstairs, I talked to two fans, Tehnakki and Waterborn, who had come from Boston for the screening. It seemed fitting with the theme of the day that they went by their online handles. Tehnakki had on a great Flynn’s Arcade shirt and had enjoyed the trailer, but was somewhat disappointed. None of the footage had been new to them, they said, and felt recycled and repackaged from past Con presentations. Still, were they excited for the new movie? Incredibly so — they had stopped to take pictures by the poster in the lobby. Everyone left talking about Trons old and new amidst the grumblings that we hadn’t seen more of the film, which was what the studio wanted from us in the first place. Two decades in, Tron and its offspring’s virtual world remains a cyberdream. Click here for the entire description.

We’ll keep you updated as this plays out. Hopefully we get a trailer sooner rather than later.

UPDATE 6:15PM: A quick reaction from Alex at FS.net: “LA Tron event had a Q&A with the director and Steve Lisberger. Oh and we got to see the trailer twice. NYC Audience Fail!”

What did you think of the trailer if you attended? Are you hoping to see a trailer online today? Leave a comment below!