As you know, we have spent some pretty decent coverage on both, The Boondock Saints, as well as it’s sequel, All Saints Day, for their concentration on it’s word of mouth in efforts to get both films wherever it can. It’s done such a terrific job, well, the FANS have done such a terrific job, that Troy Duffy and the cast have taken the show on the road. Because of the great turnout and the showing of support in LA, they’ve decided to take a road trip and let all enjoy. So, they created a killer tour bus, filled it with the cast, and hit the road.

And, if you can’t make it to the party, they have you covered. In honor of the sequels release on Blu-ray and DVD, this party is global. 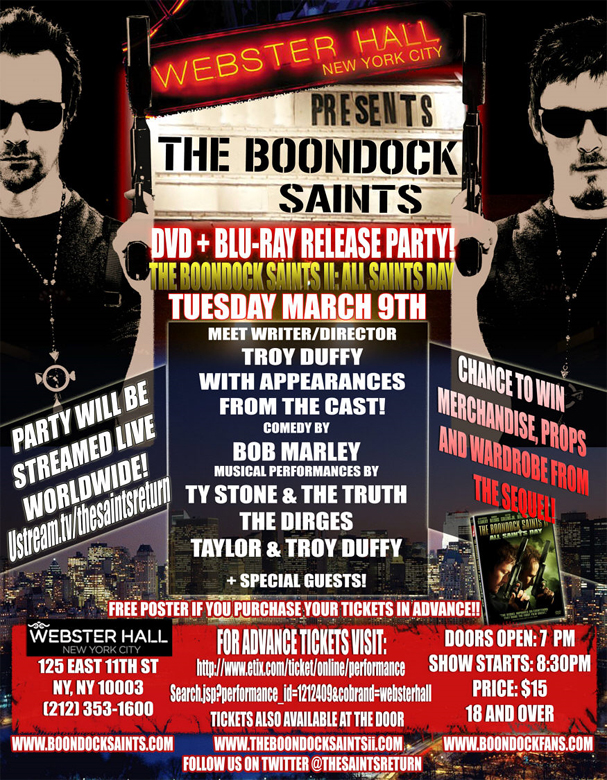 And, do not forget about the poster giveaway. Contest ends on the 11th, and that is just around the corner!