Avatar Comes To Blu-Ray And DVD On Earth Day

20th Century Fox has revealed today that the long awaited release of James Cameron’s Avatar on Blu-Ray and DVD will take place on Earth Day, the 22nd of April, in hopes of tying the movie’s theme in with the holiday. Yes, that’s a Thursday, and there are other surprises about the film’s home release after the jump.

This means you have just over a month before you can watch Avatar in the comfort of your home and perhaps answer the biggest question of all: how will the big screen 3D experience of Avatar translate into the 2D experience of Avatar on the small screen? It’s worth pointing out that Avatar will not come out in 3D at the moment because the technology for the home 3D experience does not match Cameron’s standards at the moment due to the development of new technology to create the film. Unfortunately, The Final Destination type 3D thrills will just not cut it.

Perhaps the biggest surprise of all is that Avatar will come out as a vanilla edition only, just the movie with NO special features. Fox has decided that they want to use as much space on the disc for the best possible picture and sound quality available. This means that you may not be getting a 3D experience, but you will get the very best 2D video presentation possible, and for Blu-Ray, will really show what the format is capable of, thanks to a six-week long compression process. 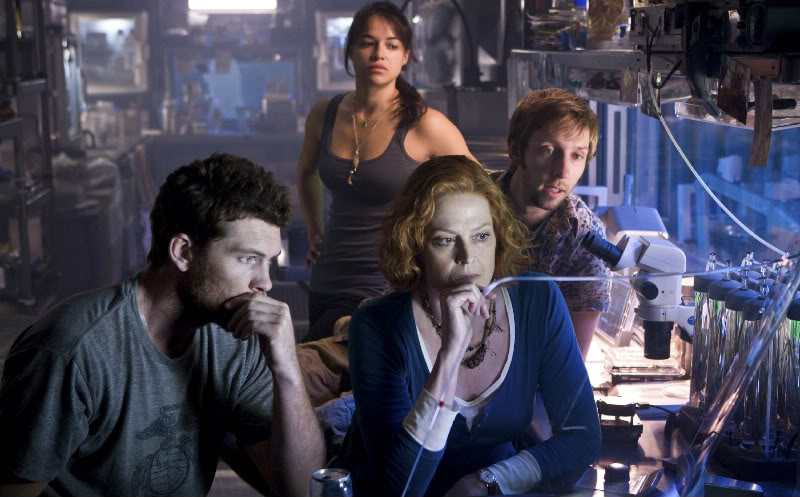 I have to say, while I am very pleased that they are pushing the envelope in terms of what the technology can do, I have to ask why they did not see fit to include a 2nd Blu-ray in the packaging with special features? Is there anyone in the world who does not want to know how James Cameron brought this breathtaking visual film to the big screen?

It’s well documented that Cameron has nurtured the technology used to create Avatar over 14 years, and I think it is a major oversight not to include this journey. Perhaps the worst thing is that this obviously leaves the door open for a “Special Edition”, which will normally result in fans buying the movie twice.  Even worse is the prospect of the extended edition that has been rumored for release as soon as the summer.

Here’s a press release found by our friends on the U.k. website www.heyuguys.co.uk explaining Fox’s position.

The must-own AVATAR Blu-ray release provides the ultimate high definition experience for home viewing audiences.  Recognized for its optimum picture and sound, the film’s masterful cinematography, art direction and visual effects lends itself to awe-inspiring clarity when viewed on Blu-ray Disc.  The UK is exclusively releasing a Limited Edition Blu-ray available for pre-order only by online retailers containing 4 lenticular art cards and a ‘Survival Guide’ book.

Since its global theatrical release last December, AVATAR continues to make motion picture history.  The Golden Globe® and Oscarâ winning epic is the highest grossing film of all time, taking in over $2.6 billion in worldwide box office, with £89.4 million from the UK box office to date.  Director James Cameron takes audiences to a spectacular world beyond imagination, where a reluctant hero embarks on a journey of redemption and discovery as he leads a heroic battle to save a civilization.

Time will tell if this is indeed the case, but in the meantime, the 2D vanilla version will have to suffice. So, have you got your pre-order in already, or will you resist and wait to see if the special edition ever materializes? Leave your comments below.