The critically acclaimed show, Breaking Bad, is just about to enter it’s third season in a couple of days on the AMC network, and the series is filled with all types of viral marketing, it’s been keeping me busy, and hopefully I don’t leave anything out. The show is centered around Walter White, played by Bryan Cranston (Malcolm in the Middle) a science teacher with terminal cancer who turns to the crystal meth drug trade in order to make his family financially secure well after his passing.

Save Walter White – A site created by Walter’s son dedicated to raising awareness and donations to help pay for the medical bills to try and save his father. The donation link actually goes to the National Cancer Coalition so it’s a link with more than the purpose of promotion.

Saul Goodman – Attorney at Law – Saul is Walter’s attorney, and if you peruse the site, you will see he handles a wide variety of cases, including testimonials from people like Badger, who happens to be Walter’s dealer. In addition to getting YOU, what YOU deserve, he’s also a snazzy dresser.

Hank’s Blog – Hank Schrader is Walter’s brother-in-law, who also happens to be a DEA agent who notices there’s a new and improved king pin in town. Will he realize he already knows who it is? Read the blog and find out if and when he’s getting closer.

There is also an iPhone app that keeps you up to date on both above mentioned blogs, as well videos and information on the show itself. 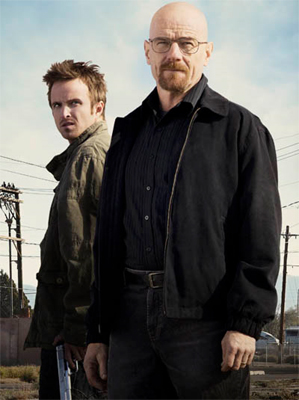 So not only does the show keep you involved, but there is also the campaign side that may help those not knowing of the show’s premise to get themselves watching.

Have you seen the show? Quite a few characters on the list. Who’s your favorite? Tell us your thoughts below.