New TV Show Would Let Anyone Create An Episode

With video games and the Internet eating away at TV ratings, networks are having to look for more interactive and interesting ways to gain viewers. Current TV (created by former VP Al Gore) is trying something very different than other networks. The company has teamed up The Sims creator Will Wright to develop a TV show that is completely user-generated. Find out more after the jump.

Wright’s resume also includes Spore and SimCity, so the guy knows about entertainment that makes the audience do all the work. In this case, users will submit their story ideas, and Wright and a team of producers will pick one and make two half-hour long episodes. The show would be aptly called The Creation Project, though it’s unclear what parts of the development process we would see. 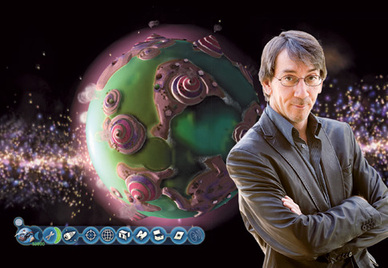 The ideas would come from both mobile devices and the web, so this could be really great for spur-of-the-moment ideas to flourish. Wright will be working with producer Albie Hecht, former president of Spike TV and Nickelodeon. The show could debut as early as this year if it gets the greenlight.

Explore The Interactive Sheet Music From “A Late Quartet”

Explore The Interactive Sheet Music From “A Late Quartet”