Iron Man 2 Gets Promoted By Chocolate And Beyond

Just about everyone loves Hershey’s chocolate and Stark Industries seems to finally understand it’s potential in advertisement. That, or Tony Stark, unlike batman, really likes chocolate. Hershey’s isn’t the only promotion for Iron Man 2 because Stark Industries knows that you need something to drink with your chocolate while watching a new Iron Man 2 clip. You might want to get a different snack after the jump.

Going to Hershey’s main website you’ll be introduced with a letter that invites you to the Stark Expo that will be exhibiting the greatest products in the world, Reese’s being one of them. As you can see Tony Stark really likes Reese’s chocolate and has very static programs. Thanks to Marvel Freshmen for getting some screen captures.

Continue on and you’ll be invited to 2 things: Winning a role in a marvel movie and to join the hero initiative. If you choose the earlier you’ll need to LOVE their chocolate because, as you know, Chocolate and Peanut Butter is a heroic combination!

Here are all the prizes. 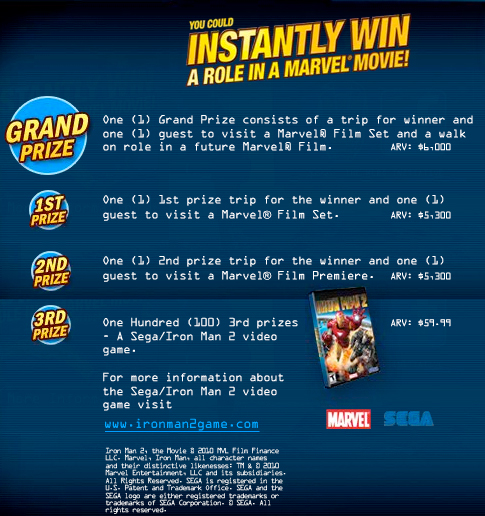 The rules are incredibly long (of course) but basically if you find the Reese’s piece with the right message, you win. Now, on to the noble citizens. For those who want to be in a marvel movie, now’s your chance. You can bring your friend to if you want. I’m sure are expecting a cheesy result, right? Well you won’t see yourself, or your friend, for long. Here’s my team up with me being War Machine and Mr. T being Iron Man.

Now we need a beverage with all this chocolate. In comes Dr. Pepper. Not only do you have a chance to win an “LG Multimedia Laboratory” but it gives us a very impressive game along with it. Really, check it out!

Oh, there’s also a new clip from the movie which doesn’t give away much. It’s the full sequence of Tony flying down to the expo, probably drunk because he hit a firework display. Enjoy!

So, this explosion of viral is a mouthful, pun intended. How’d you do in the game? Are you surprised Tony likes Chocolate so much? You can brag all about it and let us know in the comments as always. 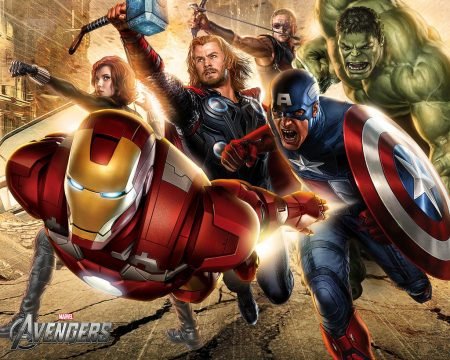