UPDATE 4/9/2010: Transmission #2 – http://www.movieviral.com/2010/04/09/gknova6-website-updates-new-codes-what-game/
A new website for an unknown video game has been discovered by IGN and Joystiq, after they received a package from somewhere in Maryland. The site plays a video, which you can watch after the jump. Initial rumors suggest that this site, www.gknova6.com, is related to an upcoming Bethesda release – Fallout: New Vegas. But not so fast, it may be for an upcoming Activision video game – Call of Duty 7 (rumored to be called “Black Ops”). What is clear? Well, the site includes multiple references to the Cold War, including photographs of John F. Kennedy delivering a speech about the Cuban Missile Crisis. But we’ll speculate about which title this is really for after the jump.

Members of the Unfiction forums have found something interesting that points this towards Call of Duty 7. The website includes a Google Analytics number that has been used exclusively by Activision for many other websites. Even though that’s the case, we have to look at the possibilities, and it’s quite possible Activision hired an outside company to run their websites and now Bethesda has hired that same company to run this website. The latter is less likely, so we’ll call it in favor of Call of Duty.

However as the Joystiq post says, the envelope is from Maryland – and Bethesday is based in Maryland, but so is the company the domain was registered to: MarkMonitor. That could mean Activision is doing their dirty work through that company, but that’s unlikely.  In addition, some members at the GiantBomb forums pointed out that the site was found using a Caesar cipher, and the plot of Fallout: New Vegas includes a slaver group called “Caesar’s Legion.” These two aren’t as solid as the Google Analytics number, so lets tie it up.

Now for the swing vote. The package sent to IGN and Joystiq was also sent to multiple high-profile Call of Duty fans, including WePlayCOD who tweeted “Just received a mysterious USB drive in the #WPC mailbox with what seems to be a cryptic audio transmission. Possible #CoD7 clue?” In our opinion, that is the straw that broke the camels back. Why would Bethesda be sending Fallout package to Call of Duty fans? I guess you could throw out a hypothetical situation, but we’re pretty sure this is for Call of Duty 7. Not to mention the Fallout storyline wouldn’t include the Kennedy presidency. We’ll know for sure within a week, because a code in the video translated to “APRIL WEEK TWO”. Oh, and:

This is really just our opinion – and it’s still being debated by many gaming fans, so this is by no means confirmed. The content of the site (at least the content we know of) doesn’t suggest what video game it’s for, so there is no way to be sure. We’ll keep you up-to-date on the latest and make sure you let us know what you think, leave a comment below.

UPDATE: A third, and extremely likely alternative has been pointed out by Dane in the comments. It’s possible, as he suggests, that this is for the upcoming game Singularity. A quick Wikipedia read on the game says it’s based around the Cold War and involves a nuclear incident occurring on an isolated island, so the connection to John Kennedy and the Cuban Missile Crisis makes sense. And get this, it’s being published by Activision. If you read his comments, he also suggests the red lights on the TV read R – A – I – S, which would be another reference to the game, but I can’t really confirm that. So, I’ll put it at 1-2-1 in favor of Call of Duty, but this definitely tightens up the race. The only real beef I have with this newest guess is the fact it was sent to Call of Duty fans. So, I guess we’ll have to wait and see what this site is really about.

UPDATE #2: You can now count Fallout: New Vegas out. On the official Bethesda website forum, Bethesda’s community manager posted the following message: “Whatever this is seems cool, but it doesn’t relate to our games.” So, Fallout is out of the race, and that leaves either Singularity or Call of Duty. We’ll take the latter by a 2-1 count in favor of Call of Duty. Time will once again be the decider.

What do you think? Is this for Fallout: New Vegas or Call of Duty 7? Share your thoughts and comments below. 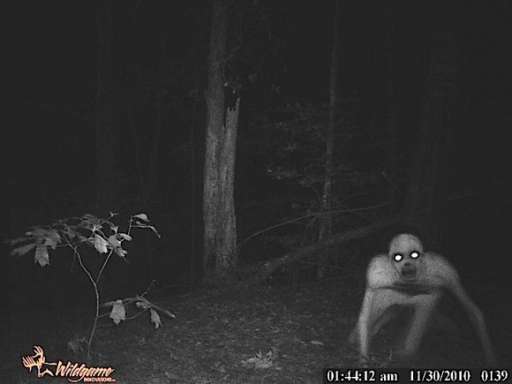