As we’ve covered in the past, The Boondock Saints films have been a success based on their fans, and in addition to that, having their fans spread the love and show their appreciation. And, time and time again, the fan is repaid. Whether it be a special screening, a special night, and hell, even a cast member serving you drinks, those involved with the film(s), take care in return. To read all about the Saints in comic, music, and digital form, read more!

In celebration of the release, and incredible DVD sales of The Boondock Saints II: All Saints Day, the slew of Saints material is coming from every side, and not to be outdone of the success of the iPad and such apps as the Marvel app, they have quickly jumped to the newly found, environmentally friendly, iPad comic book. Not only do they have a comic book comic out written by writer/director Troy Duffy, but before it’s paper release later this month, it’s available NOW as an iPad download, with an exclusive interview with Troy himself. THE BOONDOCK SAINTS: “THE LOST GIG” is the title of the current comic, leading up to the release of THE BOONDOCK SAINTS: “IN NOMINE PATRIS”. It looks like the iPad and comic books are going to be a match made in heaven, and the Brothers McManus are going to lead them in prayer. 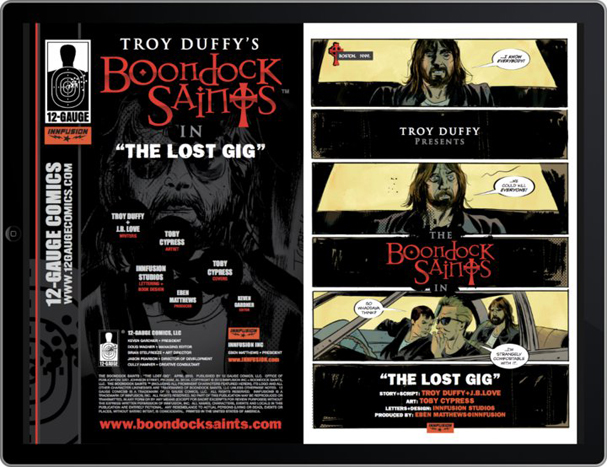 And, while flipping through your digital pages, you can also check out the now available soundtrack to the sequel. 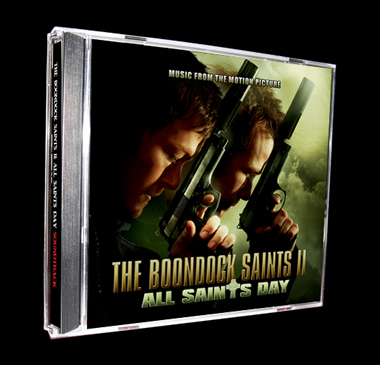 Paperback, or digital iPad print? Will the comic book collectors be ok going green and hi-tech, or is there something about a collection that makes one proud? What do you think?