On Friday we told you about the viral site called Scariest Thing I Ever Saw for J.J. Abrams’ new mysterious film Super 8. Thanks to some analysis from Unfiction and Super 8 News, we are able to put a few pieces of the puzzle together, at least to lead us in the right direction. Check out the latest after the break.

We got the name of the site thanks to the trailer, which, when looked at frame-by-frame, spelled out the title. The site shows a virtual computer, a PDP-11 to be exact, which is an appropriate for the time. DEC’s (now HP) PDP-11 model computer was made starting in 1970, and this movie supposedly takes place in 1979. On the desktop is a DOS interface (command prompt), and when you follow the commands, the system loads a series of external data, but on the 9th line (as of now, it apparently moves down the 20+ available slots over time), it has to load “File List B4”. The file has 134,640 bytes, and the loading time is so slow that Unfiction figured out that it’s actually a timer. Thanks to some math on their part, they deduce that it ends around noon (not sure which time zone) on May 15th. We also know what the screen will look like at the end of the timer (see here), but other than that, it’s still a mystery. Behind the command prompt is a window that asks if you want to print all files. Don’t bother clicking yes, because all you get is a sheet of paper that reads”

Stop posting publicly. I can answer your questions.
I have proof. 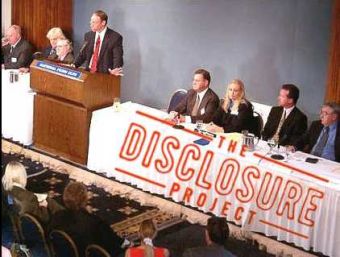 When you see the command prompt, most of it will make no sense to you, except one line that stands out: “D. MORRIS 05-FEB-77”. Who is D. Morris? If you search for “Dan Morris UFO” on the Internet, you something interesting. Apparently there is an organization called The Disclosure Project, which claims that UFOs and such exist, and that the government is hiding knowledge of it. In 2001, there was a conference held for journalists in Washington in which they made their claims public, providing testimonies and interviews from several inside people, including Air Force Sergeant Master Dan Morris. Below is the official summary of his testimony. You can find his full testimony here.

Dan Morris is a retired Air Force career Master Sergeant who was involved in the extraterrestrial projects for many years. After leaving the Air Force, he was recruited into the super-secret National Reconnaissance Organization, or NRO, during which time he worked specifically on extraterrestrial-connected operations. He had a cosmic top-secret clearance (38 levels above top secret) which, he states, no U.S. president, to his knowledge, has ever held. In his testimony, he talks of assassinations committed by the NSA; he tells how our military deliberately caused the 1947 ET craft crashes near Roswell, and captured one of the ETs, which they kept at Los Alamos for 3 years, until he died. He talks about the intelligence teams that were charged with intimidating, discrediting, and even eliminating witnesses to ET/UFO events. He talks about Germany’s re-engineering of UFOs, even prior to WWII. He talks about our current energy crisis — and the fact that we haven’t needed fossil fuels since the 1940s, when free energy technologies were developed — but have been kept from humanity. This is the real reason for the secrecy of the ET/UFO subject. “What the people in power right now don’t want us to know is that this free energy is available to everybody.” In conclusion, he warns against the weaponization of space and the shooting down of ET craft — this could force them to retaliate, and that would be our destruction.

When you consider that the letters AF show up on the virtual computer, it’s hard to ignore that D. Morris is meant to be Air Force Sergeant Master Dan Morris. Otherwise, that’s a pretty big coincidence. Watch the video of the 2001 National Press Club conference below, it’s kind of a trip.

Hidden Images In the Trailer

We’ve already seen how there really was something hidden in the trailer, so of course there are those on the Internet pouring over the bootleg (read: poor quality) trailer frame by frame to find more. While there’s nothing definitive, so far both a human and alien face have been found. Are they real, or are our eyes playing tricks on us? See for yourself below. 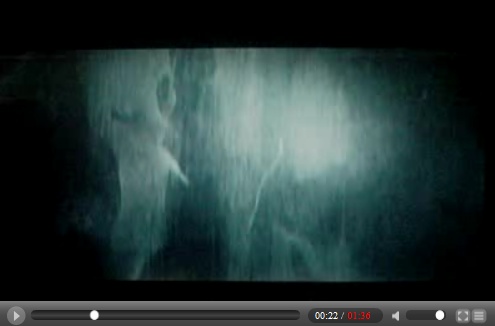 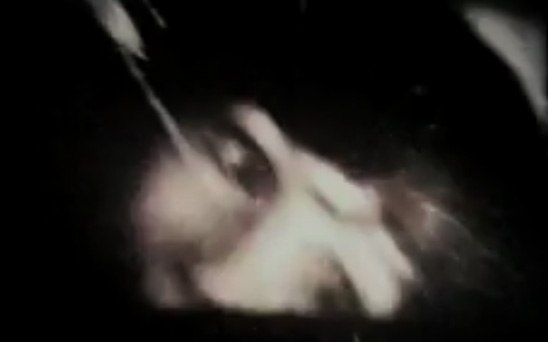 Of course, we’ll keep you up-to-date on anymore news and speculation, and you can follow our coverage on our brand new Super 8 Viral Page. We’ll also break down the trailer in full once it’s officially released online. 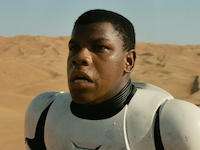 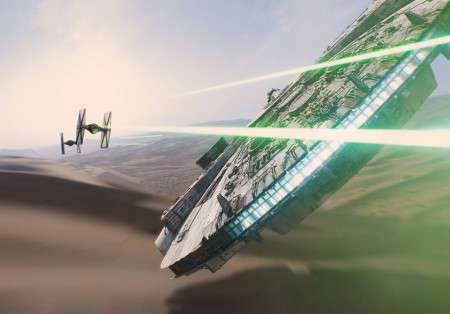