Paramount Casting Notice Not for Super 8, But For Another Abrams Project?

On Friday, we reported on a casting notice sent from Paramount to a few film blogs (specifically /Film). While this usually isn’t a big thing, the anonymous nature of the film and a few suspicous details led us to believe that this could be for J.J. Abrams’ new film Super 8. Given how little is known about the sci-fi flick, we jumped on the idea, but now it looks like we may be wrong. Find out what movie this open casting call is supposedly for after the break.

Feature Film Auditions has posted the casting notice as being for a movie called Little Darlings, with their copy/paste of the notice including details (like contact info) that support it. I’m not sure why some places have the extra information and some don’t, but if it’s accurate, then we are back to square one on the plot for Super 8. 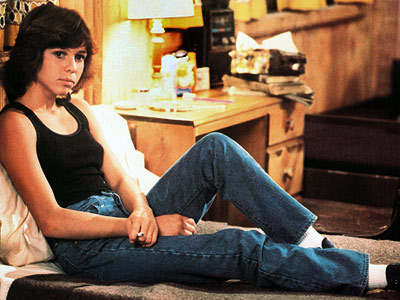 Little Darlings is a remake of the 1980 teen sex romp of the same name that starred Tatum O’Neal and Kristy McNichol. It is currently being developed by Abrams’ production company Bad Robot for Paramount for a 2011 release. Along with conflicting text, there are some other issues I have with this revelation. Depending on how close the remake stays to the original, the casting details don’t seem to fit. Child actors usually play slightly younger or same age characters, so the idea of watching a movie about 13-14 year olds (or younger) trying to lose their virginity seems unlikely (and uncomfortable). Also, actors auditioning are supposed to have a “midwestern feel,” and the original Darlings was set specifically in Georgia.

Of course, Hollywood is great at completely changing the fundamentals of the movies they remake, so who knows. What do you think?
Bad RobotJ.J. AbramsLittle DarlingsSuper 8