The BP Oil Spill: Can Hollywood Save Us?

There’s going to be a point where the entire BP oil spill becomes “fair game” in the satire world, and well, that time is now. MovieViral wants you to know that this article is in no way shape or form, a political statement, a personal view, or a rant. It’s simply a compilation of all things related to the disaster happening in the gulf coast and how those around it wish to handle it. If you wish to read more, please do so after the jump.

Based on the title of the article, I will quickly jump into the Hollywood side of things. Every now and then, you get a blockbuster of a film that takes place in, around, or under water. And such movies take time and research if you wish to do it the right way. Well, one of the better known watery adventured director/writer is first up. James Cameron.

Yes. He’s the guy that did Avatar and that Terminator film, but he is also known for such underwater adventures as Titanic and The Abyss. When reaching out to offer help to visually clarify what was going on under water, it was quickly denied based on rules of oil spills. And yes, believe it or not, there are rules involved when it comes to oil spills. Almost similar to the “he who dealt it, smelt it” type ruling. Cameron has since come under ridicule for an out of text name calling of “morons” to those at BP. 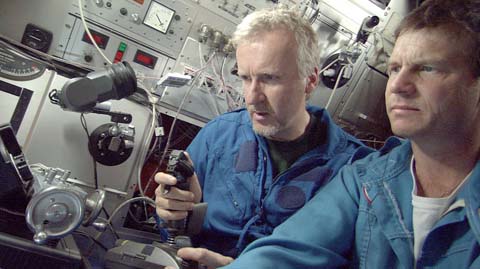 Bring on the next celebrity please.

When one thinks of aquatic smash hits, there is technically only one name that comes out on top. While you may think Keanu Reeves for his memorable role of an injured quarterback forced to remove barnacles from the local’s boats in The Replacements, you are astonishingly wrong. While that was quite the amazing story, it is however not the film I am speaking of. This part actually gets serious for a moment. Since the film Waterworld was released, actor Kevin Costner has been an advocate for water filtration systems, that do not just filter simple amounts of water, they do it in larger quantities and a grander scale. Most would ridicule this scenario based on the quality of such a film it was thought from, however it has recently come into play that the device has been purchased in larger than expected batches. If you build it, they will come….to suck oil out of the water.

Now that you have seen those mentioned above in actual action to help, now take a look at what those can do with Photoshop help. To you, oh mightier than the cut and paste, your efforts are not unnoticed. 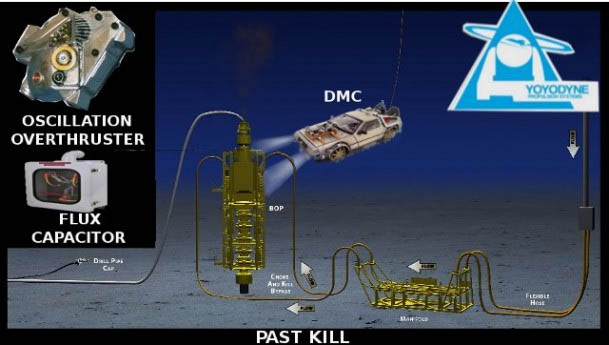 Simple, you must go back in time! 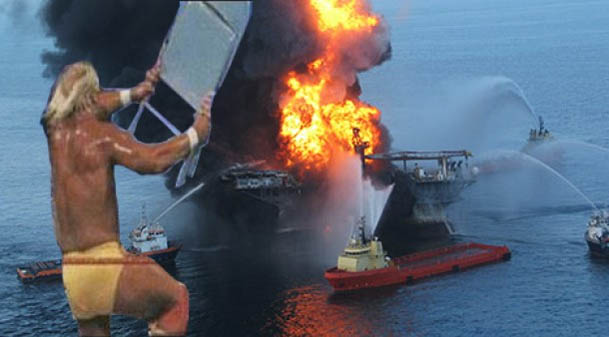 I am a real American! Fight for what's right. FIGHT FOR WHAT's RIGHT! 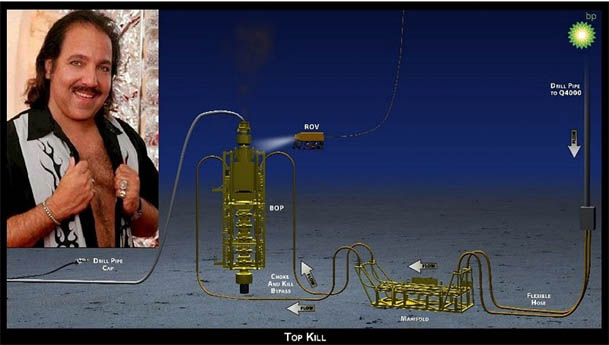 Also in the news, and considered viral are the actual mockeries towards BP. One of course, being the largely noted, is the fake BP Twitter account, known as @BPGlobalPR. One of the greatest tweets circulating this Twitter account is:

BP wants Twitter to shut down a fake account mocking the oil company. Twitter wants BP to shut down the oil leak that’s ruining the ocean

In fact, the “PR” person involved with this account was sportingly enough to take some time for an interview, which can be seen here, and soon after, they were asked by BP AND Twitter, to call their own bluff. Some may say Twitter was forced? 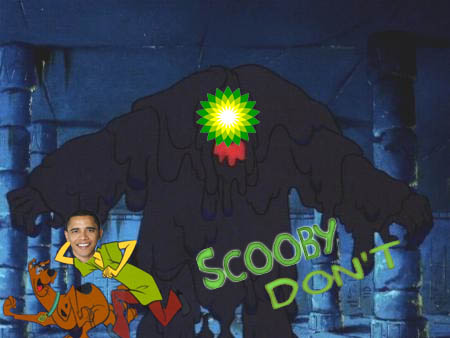 With all of that said, we wish the outcome to be of the most positive situation it could be. What do you think of Kevin Costner’s idea? Is it at possible that this could help, or in the larger scale, finish the ordeal? Let us know what you think.