Actress Aubrey Plaza (Scott Pilgrim Vs. The World, Parks and Recreation) is one of many viewers who were impressed by the teaser trailer for Super 8. So, it is perfectly understandable that she would be curious to see what’s inside the train and tweet about it. Seven times. Then make a blog about it just to shout the question “What’s in dat box, JJ?!” Yeah…..maybe she’s a little to into it.

Plaza’s twitter is @evilhag, and her June 11th tweets all basically say the same thing, as the examples below show.

yOU GOtta tell me whats in dat box!!!

I cant WAIT TILL NEXT SUMMER FOR THAT SHIT! WHATS IN DAT BOX JJ?? 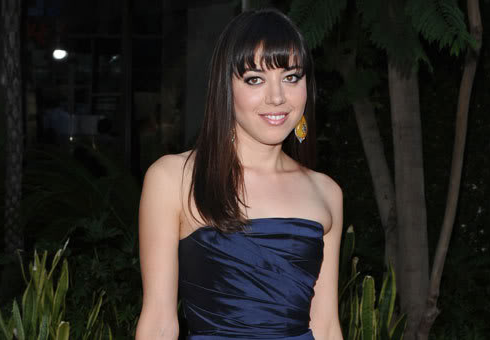 She’s not talking about the “What’s In The Box” short film, she’s talking about the mysterious Super 8 trailer. Now just about everyone would stop there, but she just had to keep on investigating and spreading the word in hopes to get an answer from director J.J. Abrams (who, by the way, has a thing for mysterious boxes). Her brand new blog, “whatsindatboxjj”, has only 2 posts at the moment, and sloppily pleads for an answer. Aubrey is quite the potty mouth. Nevertheless, as crazy as she is, Aubrey has gotten some comments that have some very plausible theorys, such as….


Chris Fernandez said… I think it’s a solution to stop the Oil spill.
Nate Harris said…IS IT GWYNETH PALTROW’S HEAD? HUH? WHAT IS IT, JAYJ?
Will Sellers said…It’s the physical embodiment of disappointment.
Adam said…theory: a smaller box
Benjamin Fennell said…It’s knowledge. Knowledge was in the box.
Swifter said…Our future children are in that box, so be careful with it!
And my personal favorite: Anonymous said…It’s Jack. Jack is in the box.

Welcome to the club, Aubrey.