A couple of weeks ago we reported on a worldwide protest organized by fans of the canceled show Flash Forward. The protest had been staged to bring attention to the number of fans out there who want a second season of the show in order to tie up all the loose ends left behind. Well, as has been proved time and time again, determined fans can become well organized and it seems that the events on June 10th was only the start.

For a quick catch-up, fans of the show “blacked out” for 2 minutes and 17 seconds, mirroring the events of the first episode where the whole world “flashes” forward” and sees their future. Check out the video below to get an idea how popular, fun and worldwide the event actually was!

Since then, the organizers of Prevent The Blackout have sent a package to ABC which includes the above video as well as press articles covering the events, a four foot stuffed Kangaroo, and friendship bracelets. They also sent the package to other networks to show the popularity of the show.

The website is now looking for fans to contact the network themselves through letters and e-mails as well as through Twitter to show their support for the show. In addition to this, a second event has been set for Sunday, June 27th.  Read the details below and take part if you want to help Flash Forward come back. It worked for Family Guy and it could work for Flash Forward.

On June 27th; all fans of FlashForward will try AGAIN to get
FLASHFORWARD BACK! Our FlashForwards of Season 2 MUST COME TRUE!

THIS IS TO MARK THE ONE MONTH ANNIVERSARY OF THE FINALE

Check Here For Time In Your Location: http://www.timeanddate.com/worldclock/converter.html

So, did you take part in the last event and will you be showing your support this time round? Leave your thoughts and storys below. 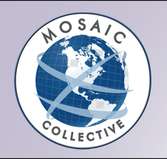