Try to ‘Take and Escape’ With Takers Online Game

Sony Pictures has been really trying to create a strong online presence with their upcoming bank robbery film Takers. We’ve already seen a Facebook app for the action crime ensemble piece, and now we have an actual game. Get the details below.

The Takers Game site features an online game called “Take & Escape”. The game is split into two parts. In the first, “The Take”, your bank robbing crew has hit a bank and you need to keep hostages from getting out of hand. In the second part, “The Escape”, you have to take out thugs, phones, and cameras as you make your escape.

These games are mindless fun, which has sort of become Sony’s trademark (read: Day X Exists). Takers, directed by John Luessenhop and starring a slew of young actors, is out in theaters on August 27th. 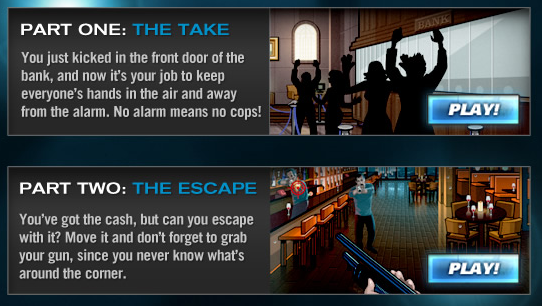