Today, Google has continued its annual celebration of American Independence Day with an altered logo. Google’s latest doodle is interactive, as a click of the arrow causes a domino effect similar to a Rube Goldberg machine. In honor of the 4th of July, we celebrate the holiday with the top ten best movies that involve July 4th, politics, and other historic events in US history. We’ve even included clips for each to prove their significance. We didn’t include television, as everyone knows The West Wing trumps all. Enjoy. 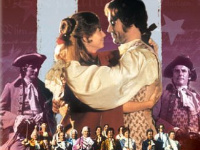 Let’s start off this list with a film that actually takes place on the day of our independence. While many people may not know or remember this musical, it’s one of the few theatrically releases that feature this time frame. The movie, starring William Daniels (Mr. Feeny of Boy Meets World) as John Adams, follows the Second Continental Congress for the three months in the hot 1776 summer that it deliberated and eventually signed the Declaration of Independence. While it may be a bit dry for the younger folks, I found it fascinating and very educational. Even the music is pretty entertaining. 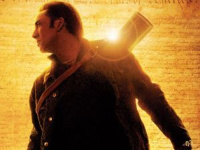 Disney’s attempt to mimic The Da Vinci Code is perfect for this list, as it dives deep into pseudo-American history and features the Declaration of Independence. The star-studded cast was lead by Nicolas Cage as historian Benjamin Franklin Gates, who is looking for a massive treasure hidden the Founding Fathers of the United States. The backstory included the Knights Templar and the Freemasons, and the adventure hits all the historian hotspots, including Independence Hall in Philadelphia, where the Second Continental Congress met. 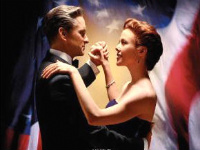 Give this Rob Reiner film points for being a romantic comedy that stars the President of the United States as the male lead. Written by Aaron Sorkin (creator of West Wing), the film follows President Andrew Shepherd (Michael Douglas) as he runs for re-election and tries to have a personal life. Annette Bening plays a lobbyist who gets involved with him and inadvertently gets in the way of his campaign. While it’s a good film by itself and shows a more personal side to the leader of our country, the final speech is what makes this a classic. 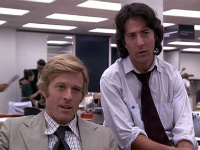 Covering the biggest political scandal in the history of the United States, this drama follows Washington Post reporters Bob Woodward (Robert Redford) and Carl Bernstein (Dustin Hoffman) as they uncover what would become known as Watergate, thus ending the political career of President Nixon. The film is based on the 1974 book of the same name, which the two actual reporters wrote, and shows how important a free press is to the checks and balances the Founding Fathers wanted in place. The film was nominated for an Academy Award for Best Picture, and I personally like it for its very natural acting. 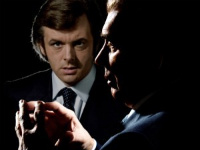 Possibly just as interesting as how Nixon was taken down may be his perception on the whole situation. This film, adapted from the play of the same name, covered the infamous Frost/Nixon interviews of 1977. It’s great to see the behind the scenes look at such a historic occurrence and to realize how smart and neurotic Richard Nixon (played by Frank Langella) was. This was the interview in which the resigned President famously claimed “When the President does it, it’s not illegal!”, thus demonstrating his belief that the President is above the law, despite what the Constitution may say. 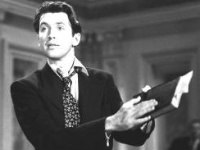 This iconic Frank Capra film stars James Stewart as Jefferson Smith, a Boy Rangers leader who gets picked as a replacement for a decease U.S. senator on the flip of a coin. As a senator, he proposes a bill for land for the Boy Rangers, but the land is already part of a shady bill supported by the corrupt governor who chose him. When false evidence is used to get Smith kicked out, he launches a massive filibuster to clear his name. The movie deftly shows the corruption of government, while showing how an idealist can use the system to do good. 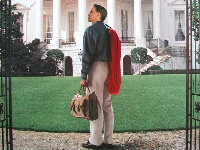 In what feels like a remake of Mr. Smith, Ivan Reitman’s comedy about a temp agency owner becoming President shows the power of a newcomer and idealist on modern day politics. When the President goes into a coma, the Chief of Staff (Langella again!) schemes to have look-a-like Dave Kovic take his place. The film is more cinematic than Mr. Smith, but follows the same principle. A guy who has no business being where he is may be just the right person for the job. Talk about inspiring. 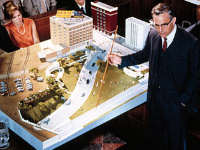 This is our last political scandal film on the list and the last one based on a real event. Oliver Stone’s controversial crime drama follows the 1969 trial of New Orleans businessman Clay Shaw (Tommy Lee Jones) for his participation in the 1963 assassination of President John F. Kennedy, one of the most important events in our country’s short history. Prosecutor Jim Garrison (Kevin Costner) used the trial as a way to re-examine the official story, that Lee Harvey Oswald killed JFK, and he did it all by himself. The conspiracy of JFK’s death involved the CIA, the Mafia, the military-industrial complex, Secret Service, FBI, and Kennedy’s vice-president, L.B. Johnson. Garrison’s account of the event is told so well, it’d make even Oswald a believer (if he were alive). 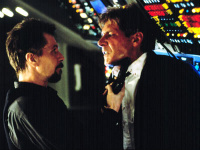 Now we’re getting to the fun stuff. Wolfgang Petersen directed this great action movie starring Harrison Ford as President James Marshall. After giving a speech about the government’s policy not to negotiate with terrorists, Air Force One is hijacked by Soviet terrorists led by Egor Korshunov (Gary Oldman). With a full crew, including his wife and daughter, Marshall has to find a way to take back control of the plane by force. There’s something invigorating about seeing our commander in chief kicking ass and taking names, and Ford is one of the few people who can play a badass President and be believable. Now get off my plane! 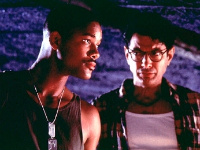 I know I’m going to get a lot of flack for this, but ID4 is my favorite movie, and it’s the most appropriately titled film for today’s holiday. Long story short, aliens come to destroy the planet on our day to barbecue, and only Will Smith, Jeff Goldblum, and Bill Pullman. We again have a President who gets right into the action, and the film makes the concept of Independence universal. The action sci-fi film by Roland Emmerich has a great cast, exciting plot, impressive visuals, and one of the best fake Presidential speeches ever. “Today, we celebrate our Independence Day!”

What do YOU think of our list? Did we miss any movies, or does one of these not deserve to be in the top 10? Perhaps the order is wrong. Declare your independence by letting us know in the comments below.