Let Me In Viral Site Was “Right” There

When an international trailer comes out, you think nothing of it, other than the extra ten seconds of footage we are graced with. So what happens when an international trailer comes out before the standard trailer? Well, most people would think nothing of it, other than some subtitles, while others may look a little deeper. Now we have a film who blatantly places a viral campaign in our faces, and it’s now coming to sight. Kudos for getting this one past us. Read more after the jump.


Most people who think of viral, usually start with one film….Cloverfield. Granted there are many a great project around this one, but this is the one that got people going. This is the one who get those around it, heading toward one person, who seems to have the know-how to get a viral started, which is J.J. Abrams, who is no stranger to viral. We talk about him to this day. But the one who is overlooked, is the director of said film. 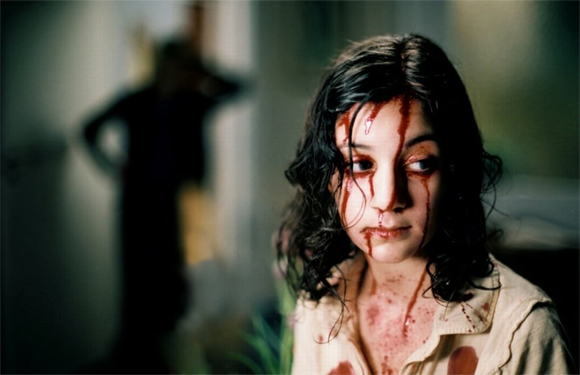 Matt Reeves has come under a ton of criticism for his “quick to big screen” adaptation of “Let The Right One In“. The film that tells the story of a young vampire, thirsty for blood in a small town, and little resources to get it. So what is his film going to do that will set the two apart? At this moment, only a quick, somewhat different glimpse into the two films, as well as a vague viral site, will let us know.

Based on some Morse code, those that look so into the detail for such a viral, and AITH, we have the site known as HelpMe. A sound, and flash filled site, that leads us no further than the end of trailer of its originator, the remake known as Let Me In, is seen here.

I would imagine that we will be lead into more than just some loud tapping on a shed, so stay tuned. This one could let some good stuff in. 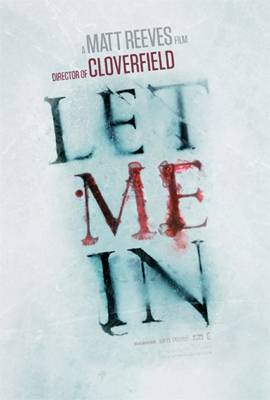 The remake is released October 1st, but is it going to be the film that the originator has created? Let us know what you think.