What happens when a filmmaker’s 14 year-old dream script for a Predator movie becomes possible and he ends up producing it? Then he gets a young yet talented director with a great crew and cast that are fans of the very series they are continuing? Find out the answer in my review of the Robert Rodriguez-produced Predators after the jump.

Nimrod Antal’s Predators won’t stall anything. The first thing you see is Royce (Adrien Brody) falling down from the sky. Nothing builds up adrenaline like being in free fall, with no parachute that you know of, and heading down to a thick jungle. After the rough landing you see the opening title and quickly get introduced to the rest of our human predators: Cuchillo (Danny Trejo), Isabelle (Alice Braga), Edwin (Topher Grace), Mombasa (Mahershalalhashbaz Ali), Nikolai (Oleg Taktarov), Stans (Walton Goggins), and Hanzo (Louis Ozawa Changchien). Each are bad-ass in their own unique way, representing their ethnicity and country of origin’s proudly. There is some distrust at first, but quickly they all realize that they’re on the same side and work together. Most of the movie won’t be insulting your intelligence, it actually has a smart formula. The acting is superb as well.

Predators is also vastly unpredictable. I don’t mean “black guy doesn’t die first” unpredictable (he doesn’t), I mean that you’re going to constantly have new things you won’t expect. The first fight against the Predators feels fresh yet appropriate to the setting, and Royce, the reluctant leader, shows his masterful deduction skills soon afterwards. You may not like him at first, but you’ll definitely like his character development. Later on we meet our last human character, Noland (Laurence Fishburne), which I have to say is probably the most memorable character in the entire movie due to his mentally insane nature, performed excellently by Fishburne. Noland is not there for long so enjoy him while he lasts. That goes for the other characters too.

Of course, we get our new Predators, something you can’t wait to see but don’t expect a lot of new material, but nothing old either. Keep in mind that these new Predators aren’t meant to be cool and advanced, they’re meant to be frightening with animalistic faces. Their new masks aren’t the only things new here, as the overall style and weapons have also changed. Nothing is scary about the spinning disc and other weapons from the AvP series, and though they may have worked then, it would feel out of place in this movie. So, instead of an invisible spear or 2 we get a pack of deadly bear-sized predator dogs and flying drones. That’s how a Predator movie should feel. To back that up there is plenty of gore to share in this movie, perhaps a little to much. No one dies lightly; ripped out spines and exploding humans will be satisfying to those who are looking for R-rated deaths. 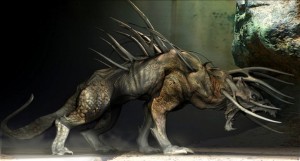 Real Predators use packs of alien dogs, not a star frisbee.

Part sequel, part reboot, this movie stays true to its source. You’ll get what you expect from a Predator movie, and then some. The ending fight is a battle that fans will remember for a long while, and the character revelation in the end was somewhat creepy. The downside is that some characters you like don’t have enough screen time. Each one really deserves their own movie, yet a couple die before any development can be done on them. A few of the characters are not likable at all yet they survive through most of the movie, which unfortunately has a slightly empty ending.

Predators is right on target to what it should be. It’s made by fans, for the fans. Most of you will walk out satsified and wowed, though don’t pick your favorite character early on like I did. Its worst quality is that it lacks in total runtime (106 min), and the end is somewhat of a cliffhanger. You’ll definitely want to know more about this planet and other surprises it has.

P.S. The end credit’s song is a great homage to the original and a real treat!
PredatorsReview 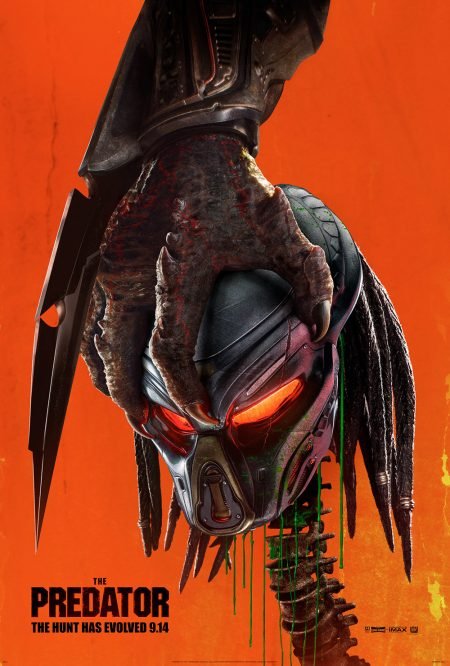