Enter the Dream and Create Your Own Inception Poster

Chances are you have heard of a little film coming out this week called Inception, the latest from super director Christopher Nolan. While the viral campaign for Inception never fully manifested itself the way many thought it might following The Dark Knight’s campaign, anticipation remains at a fever pitch for the release of the film. To help celebrate, Warner Brothers is allowing you to ‘enter the dream’ by placing yourself in one of the Inception character posters.  Hit the jump for more.

The ‘Enter the Dream’ application is part of the official Inception website. Once on, you can choose one of the seven character posters to be used as the basis of your poster. Once you do, simply upload an image of yourself from your Facebook profile or your computer. Edit your picture by scaling and airbrushing it accordingly and boom!  You officially become part of Leo’s dream stealing crew. You can check out my poster below to get an idea of the finished product: 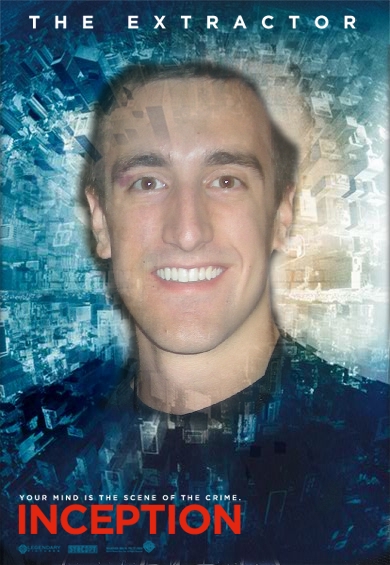 Have you entered the dream and made your own poster? Link it to us in the comments section below. Be sure to check back later this week as we will post our review of Inception.