San Diego Comic-Con is usually the make or break place for studios to unveil their newest projects. Marvel, Warner Brothers, and many other studios and networks all use Comic-Con as a place to (hopefully) gain a lot of positive buzz for the movie or TV show that they’re selling. NBC’s The Event is no different. NBC decided to bring the so far and pretty mysterious show to Comic-Con this year which turned out to be a massive success for the network. With comparisons to ABC’s LOST and FOX’s 24, The Event is claimed to be a sci-fi show with mystery and romance elements all wrapped into one.

The Event follows the story of Sean Walker played by Jason Ritter, as he searches for his girlfriend who disappeared from their hotel room. Eventually he gets caught up in a gigantic espionage conspiracy which regards the President and a group of detainees.  All these different groups of people seem to be connected somehow in regards to this event that happens one day. You can watch a 4 minute sneak peek at the end of the article. I watched the video and I personally wasn’t impressed by the footage. ABC tried to do a similar show last year with their show FlashForward, and it got canceled after its first season. Don’t get me wrong, the pilot episode was amazing, but it was all downhill afterward. Yet, V, a supposed mini-series, got approved for a second season.

NBC is no stranger to the aspect of a viral campaign either. Having a viral campaign for both Parks & Recreations and The Office, they’re back at it with The Event. So far only one website, The Event Is Coming has been noticed. The site itself is a photo taken from a satellite which looks down at a mysterious and blurry set of buildings set in Mount Inostranka, Arkansas. You can zoom in on the picture, but only so much until a notice pops up saying: “This level is classified. All IP’s using this site are being monitored”. To the left of the map, we see four different articles about characters in the TV show. 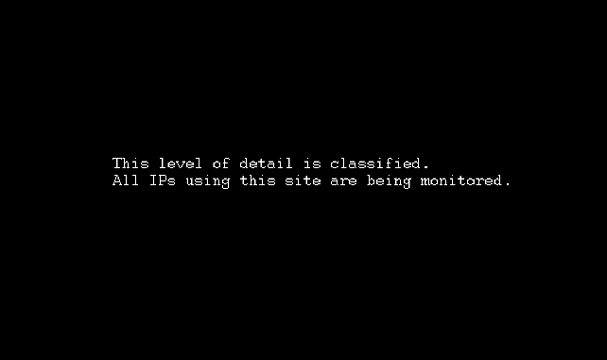 Stay tuned for more updates on NBC’s The Event! The show premieres  on September 20th, 2010.