Let Me In Viral Updates: Riddles And Clues

When the viral campaign for Let Me In started, it wasn’t as simplistic as most campaigns have been in the past. It wasn’t just a website plastered at the end of a trailer; it was more of a clue to follow and to get things started. That clue of course, oddly enough at the end of the trailer, is what gave us the chilling site known as HelpMe.net. What once was a plea for help in Morse code, has now raised itself to the next level. Keep reading to find out more.

While Morse code seems to be the way to go (the two communicate via code on the walls between apartments), and that code spread from the site, to the postal service, it seems as if their needs to be more of a thought process. Hell, anyone can figure out morse code via Google.

So now we enter the world of riddles, and I have to admit, I am horrible at riddles. And while I started off poorly with these, they became more and more clear after a few tries. Some harder than others, but all relative parts of the film. Please don’t post the answers below. It takes a way the fun.

Once all four riddles are solved, you are moved onto a clue that needs to be “unlocked”, and once you do, you are rewarded with some pretty decent high res pics from the film. 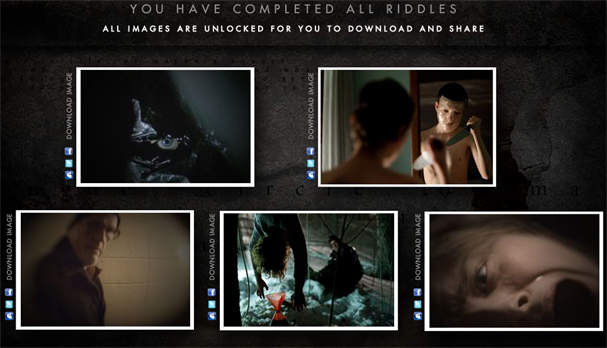 While the clues, the mystery, and the newly charted area of viral are great, I owe all of disturbed feelings to the sounds and sights of this campaign. While figuring out the clues, turn up your speakers, and turn out the lights. Overture has stepped up their game since The Crazies. 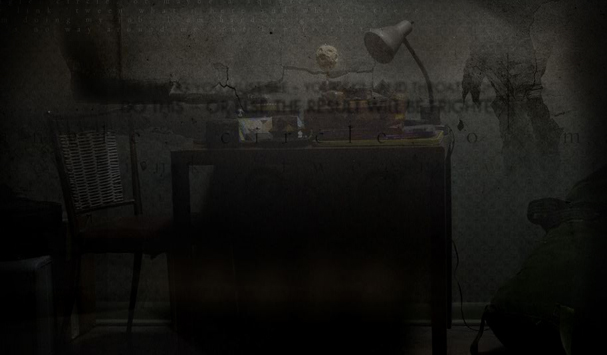 Let Me In is in theaters October 1st, and is being premiered at both Toronto Film Festival and Fantastic Fest, both in September.