Super 8 To Start Filming Next Month In West Virginia

There have been some interesting reports coming late last night about the upcoming shoot for J.J. Abrams’ Super 8. At least one report confirms that the Steven Spielberg-produced film from Paramount and Bad Robot will start shooting in September, while there are other indicators that Weirton, West Virginia is the location of said shoot. Learn more about the production updates after the break.

Production Weekly has learned that Super 8 begins filming in late September and it is being shot on location in Weirton, West Virginia. For those of us following the viral campaign, we know that Ohio is the most probable setting for the film, so Weirton works nicely. The small town is less than two miles from the Ohio border and has a train station. While I don’t know if the station is still functioning (my professional Internet researching skills brought up nothing on the location), it could be a perfect tie in for the intense teaser that debuted in May.

What’s interesting is that there are two other stories from yesterday about Paramount films being shot in Weirton, neither of which have the name “Super 8”. This is a small town who hasn’t seen a movie filmed there in over 25 years, so his can’t be a coincidence. The Associated Press says that a film titled “Darlings” will be shot soon in the town for a period of a few months, and that “It revolves around a 14-year-old boy and is set in a steel town in 1979.” Given that the unofficial description about Super 8 is that it takes place in 1979 with young adults as main characters, it’s safe to say that “Darlings” is just Super 8 under a fake name. Also, Spielberg is known for showcasing working class people (E.T.), so a steel town is a great way for Abrams to pay homage to him, which he is supposedly trying to do. 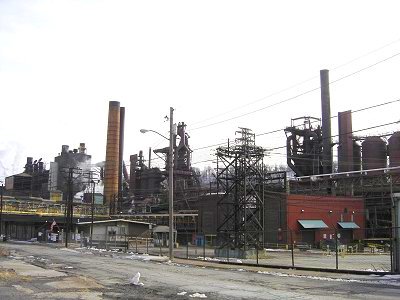 The other title being reported that looks to be a fake for Super 8 is “Wickham”, which happens to be the last name of a Bad Robot executive. There are actually two local reports on the shooting, with WOWK claiming that it will be for only a month, and that “‘Wickham’ is about a group of teenagers who spend summers together and share the struggles of growing older, according to the news release. It is expected to have a PG-13 rating. The Weirton Daily Times adds that a train crash is involved in “Wickham”, and they give some details on how to be cast as an extra. Both reports say that the production crew is looking for vintage cars and other props.

Speaking of casting, readers of MovieViral may recognize the title “Darlings”. In late May, a casting notice when out that was presumably for Super 8. A few days later, we found out the title being used to promote the casting calls was “Darlings”, and speculation started that it was for a remake of Little Darlings, though I had my doubts. It looks like I was right (not to toot my own horn or anything, but…”toot”).

A special thanks goes out to Coming Soon for finding most of these reports.
Super 8WeirtonWest Virginia