Devil’s Playground is a UK film that is set to be released on DVD on October 11th. It stars a bunch of people you’ve never heard of, and looks to be a standard zombie flick. However, the people behind the film have made a pretty cool viral site that looks to tell the narrative how this zombie apocalypse came to be. Get the details after the break.

The viral website for Devil’s Playground is for N-Gen Pharmaceuticals, which looks to be the company that starts everything going to hell. They are ‘currently’ in trials for a new drug called RAK-295, though the details on the nature of the drug or what it is for have yet to be disclosed. You can, however, follow on Twitter one of the participates, Angela M. (MyAnna Buring), who is about 27 if her Twitter handle is any clue. We learn that character Peter White (played by Colin “I’ve seen him somewhere before” Salmon) is a doctor at N-Gen, and you can even see a teaser trailer that is disguised as a promotional video (unembeddable currently).

The obvious assumption is that the drug somehow accidentally creates zombies, similar to Resident Evil and I Am Legend. While the one-page viral website is a bit thin at the moment, according to Shock Till You Drop, who broke the news, the site should be updated regularly. Between that and Angela’s Twitter, we should learn more about what leads to the outbreak. We’ll keep an eye out.

Despite the unknowns involved (even the director doesn’t have a resume), the only other UK-based zombie film I’ve seen (28 Days Later) is one of the best in the genre, so I’ll hold my judgement. Also, the genre has proven that big names aren’t important. Get more information on Devil’s Playground at IMDB. 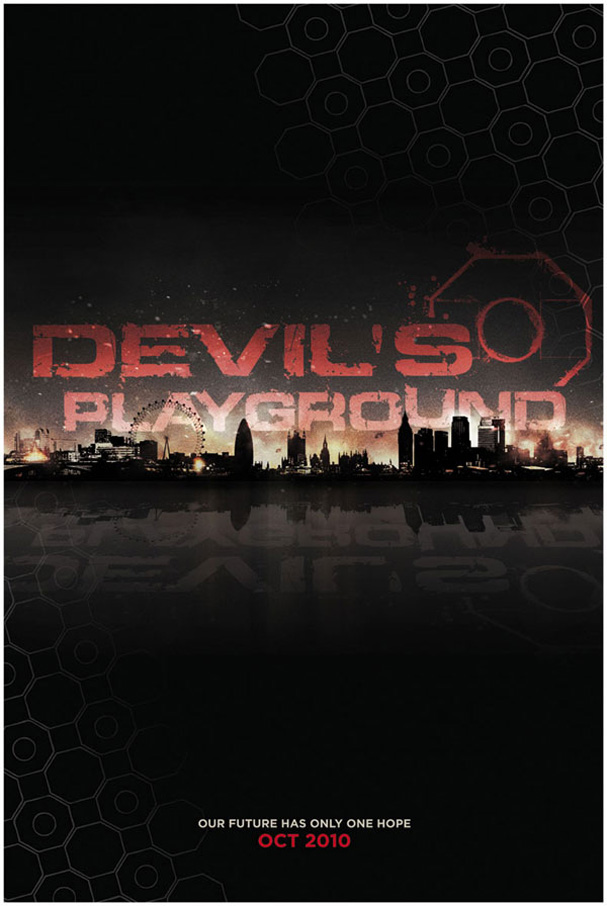