Solve Equation On “Let Me In” Viral Site To Get Prize

The viral site HelpMe.net has been a treasure trove of fun for Overture’s Let Me In. We’ve seen morse code, riddles, and puzzles, and now we have math. Using the numbered objects around the creepy room shown on the main page, can you solve the equation on the chalkboard to come up with the password? If you do, you get a nice little prize inside. Click pass the jump to check your work.

If you break down the equation literally, it looks like this: (TIME-TEA)+(KNOB-BEE)+(TUSK-(SKI-EYE))+GRILL(EYE <-> R). However, some of those words are meant to used phonetically (i.e. “bee” is really “b”), and together it makes “IM NOT A GIRL”. Creepy, yes, and in line with the theme of the film. Enter in the password and you get two hi-res posters, which you can see below. Click on them to see them in their full massive glory. 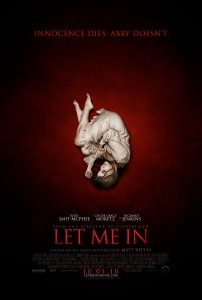 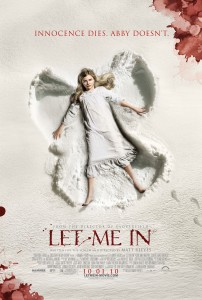 Overture’s Let Me In is a remake of the 2008 hit Swedish film Let the Right One In. Let Me In is directed and written by Matt Reeves, and stars Kodi Smit-McPhee as Owen, a troubled boy who befriends a new girl in town, Abby (played by Chloe Moretz). However, Abby isn’t really a girl, she’s a vampire.
Helpme.netLet Me InPoster