Nolan’s Superman Director Carousel, Lois Lane Rumors – According to Deadline, Christopher Nolan is actively seeking a director to resurrect the Man of Steel, and he has his eye on some mighty big talent. Five pretty big names are currently the top of Nolan’s shortlist. – Zack Snyder, Tony Scott, Matt Reeves, Jonathan Liebesman, Duncan Jones. Then we heard that Zach Snyder was out and so was Tony Scott. A Few of the directors responded to the news as well. Then later this week, Darren Aronofsky had his name thrown on the list along with Ben Affleck. Both were curve balls but you can read about that here. We chose to take a look at the carousel of directors to find which one was the best choice for Nolan to choose to direct the movie, we kept leaning to Snyder but made a shocking case for Jonathan Nolan as well. Also with then news surrounding Aronofsky, Natalie Portman rumors for Lois Lane began to fly.

Myst Game Gets Film Development Deal – One the coolest and most famous computer games has finally gotten a film deal and the speculation is it could take a lot from Tron, minus the computer stuff. MYST, the all-time top selling computer adventure game franchise, has finally been optioned for live action film treatment. Producers Hunt Lowry and Mark Johnson have partnered with Adrian Vanderbosch and Isaac Testerman of Mysteria Film Group. The site also reports the singular problem with a Myst film that we were going to point out. “MYST became popular for the atmospheric experience it provided, but it isn’t as easily adaptable as some vidgames because it doesn’t have a simple linear narrative.”

Star Wars Saga gets 3D Conversion – Who cares right? still when it comes to Star Wars live-action, people get excited. Lucas has decided to cash in and re-release his movies in 3D. The live-action Star Wars Saga will be converted to 3D, and will be arriving in theaters starting in 2012. Industrial Light & Magic is supervising the project with Star Wars: Episode I – The Phantom Menace is expected to be released theatrically in 2012 but a release date has not yet been determined. 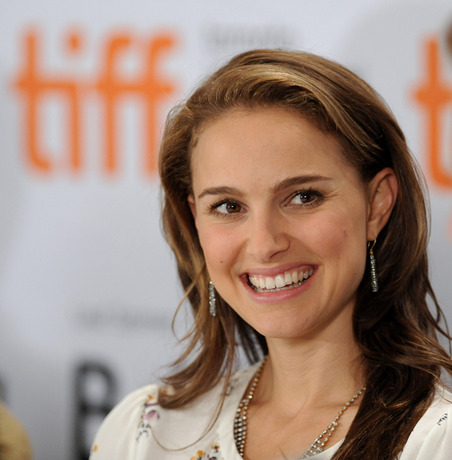 Ben Affleck May Be Directing ‘Tales from the Gangster Squad’

Natalie Portman ‘In Active Negotiations’ To Star In ‘Gravity’

That’s it for this week’s Buzz. There is a lot of film and television news every week, so if you think something was big enough for us to include above, let us know in the comments below.