When the official website for the Tron Legacy soundtrack revealed the album’s release date, a poster for the soundtrack featuring album producers Daft Punk was teased. This weekend was the end of the countdown for the poster, but we only get a glimpse. The soundtrack has also been delayed a few weeks from its originally announced November 22nd date. Get the details after the break. 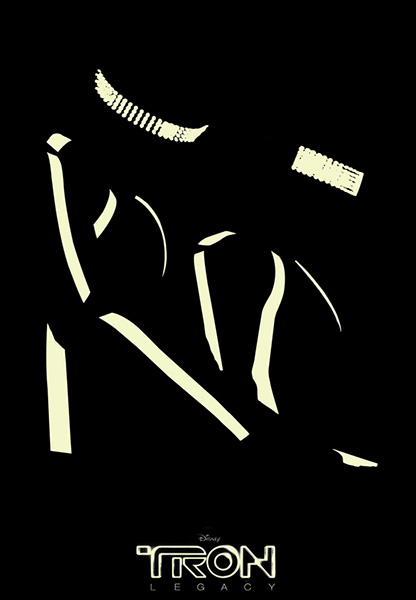 Above is the unfinished teased poster, with the full version to be revealed “any day now”. Here is what the official notice says about the image and soundtrack’s delay:

It is not our intention keep you all in the dark, but since the exclusive Tron Legacy Poster with Daft Punk will glow in the dark, our system has decided to only partially reveal it for now.

Please note, due to a recent system conflict, the Tron Legacy Soundtrack release date has been moved to December 7th.

There is no word yet as to the real reason why both the poster reveal and soundtrack release have been delayed.