We last left off on the Scariest Thing I Ever Saw (STIES) website over two weeks ago with a chatlog between Josh Minker and Mr. Anonymous. Now we have a new update in the Super 8 viral, as the most recent print out shows beat-up ID badges from Nellis Air Force Base. Get the details after the break.

As we like to do here from time to time, here’s a quick refresher on the narrative so far. Josh Minker has been trying to sell his parents’ old stuff after his mother dies, but a mysterious person has contacted him and asked him to stop. He apparently know’s Josh’s estranged father, and is looking for some items that in the stuff Josh was trying to sell. The STIES website is a remote PDP-11 computer that one of the two are using, since that’s how we find out about all this stuff. 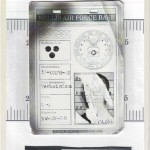 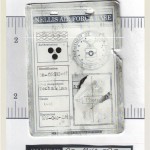 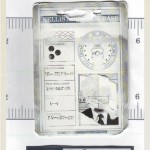 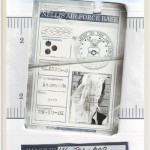 While the individual pieces of information on the IDs don’t tell us much, the fact that these are from the Nellis Air Force Base is interesting. Located just outside of Las Vegas, not only is Nellis the closest Air Force base to Area 51, it apparently has some managerial connection to the secret military base. We’ve also seen the “3 Dots” symbol before, both in the chat log and on an actual set piece. What is the significance of the symbol, and could these be Area 51 employees? Let the speculation begin.

Super 8, from Paramount Pictures and Bad Robot, is produced by Steven Spielberg and J.J. Abrams, who also serves as director. While there is no official plot given, available information suggests that the story revolves around a creature that escapes from a train going from Area 51 to a military base in Ohio. Located in the (fictional) small town of Littleton, Ohio in the late 70s, some kids find footage of the creature on a Super 8 camera.

For more information on Super 8 and its viral campaign, check out our Super 8 Viral Page.