Sony Launches “Face of the Fan”, Uses Internet To Cast for Underworld 4

Sony has launched an initiative and website called “Face of the Fan“, in which the company looks to connect directly with fans in a way that gets them involved in their film. For one of their first endeavors, they are having a truly open casting call, hosted entirely on the Internet, for Underworld 4. Get the details after the break.

The program’s slogan is “Turning Today’s Fans Into Tomorrow’s Stars”, and Sony looks to be doing just that with their two categories, casting calls and contests. Their contests look to include things like set visits and premiere invites that allow you to connect with the stars. Right now there are none going on, but there will soon be one for the Smurfs movie. Underworld is their only current virtual casting call, and you can download a page from the script from the website and submit a video with your audition. Below is the description of what Sony is looking for, as well as the basic instructions.

Looking for someone to play a pivotal role as a female teenager in the upcoming sequel for the Underworld franchise. Audition materials consist of one (1) Audition Video containing person auditioning for the role reading the provided Script Side (“monologue for Selene”) and should be no longer than 2 minutes in length , one (1) headshot photo no more than 100K, and a brief description of credit highlights (if any). Download the Script Side (1-page script dialogue equivalent). 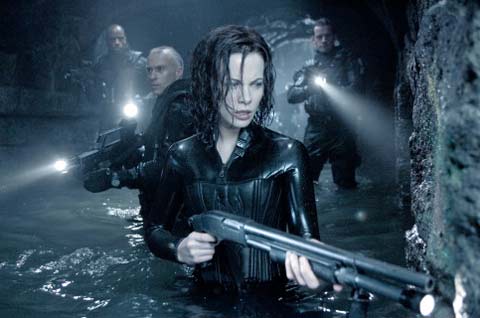 Could this be the future of casting? The premise and function are not that new, but it’s rare to see a major studio and film take it on. I can imagine this is much easier on everyone, as actors can submit their best rendition of the work and the casting department can watch auditions at their discretion. Learn more about the program at Dread Central.
Face of the FanSonySony PicturesUnderworld 4