When we last left off on the viral for Dimension Films’ Apollo 18, the Cosmonauts page of the film’s official website had a single image of classified (and heavily redacted) document. Now we have a new document on the site that you can see after the break.

The Cosmonauts subpage is a remote terminal that looks to be connected to NASA and the Apollo missions, particularly the US/Russia joint Apollo-Soyuz Test Project and the scheduled but cancelled Apollo 18-20 missions to the moon. The first document planted the seed that cancelled Apollo missions were actually postponed after some new information came to light. The new document, seen below, shows that the missions are moving forward, and gives a breakdown of their objectives, though thanks to redactions, it’s practically gibberish. Interestingly, it looks like someone (Colonel Noms?) knows that the files aren’t as top secret as they were hoping, based on the handwritten note on the letter. 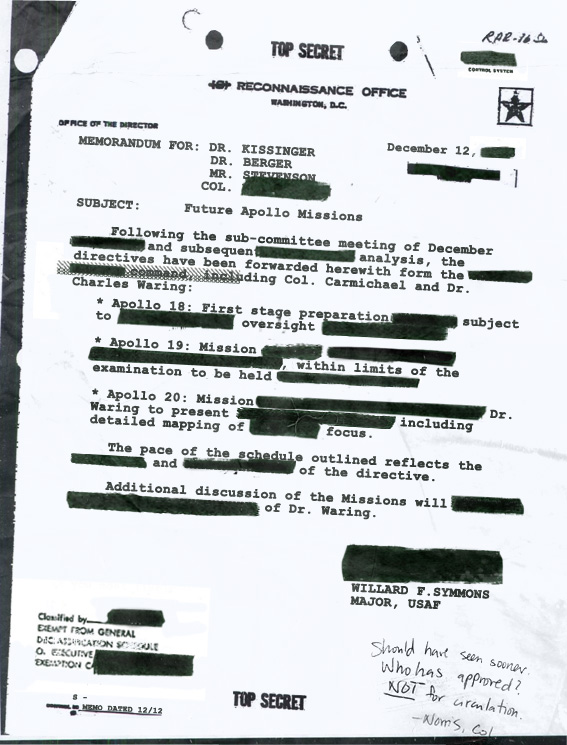 This time the document image was password-protected, but ViralForums member Mala420 (Alex) cracked the password, which was simply “apollosoyuz”. Hopefully new updates actually give us some timeframe for all of this, as all the dates (and most names) are completely blacked out.

To stay up to date on the Apollo 18 viral campaign, click here.
Apollo 18