NASA has a major leak on their hands, as we now have the 3rd Top Secret document in a week on the Apollo 18 mission, and the 4th overall since mid-December. After the last document explained what would be needed to prepare for a launch, this new one shows that by September 14th (1973 based on my previous theory), things look like they might be ready to go. Read the document for yourself after the break, and let us know if you see anything interesting. 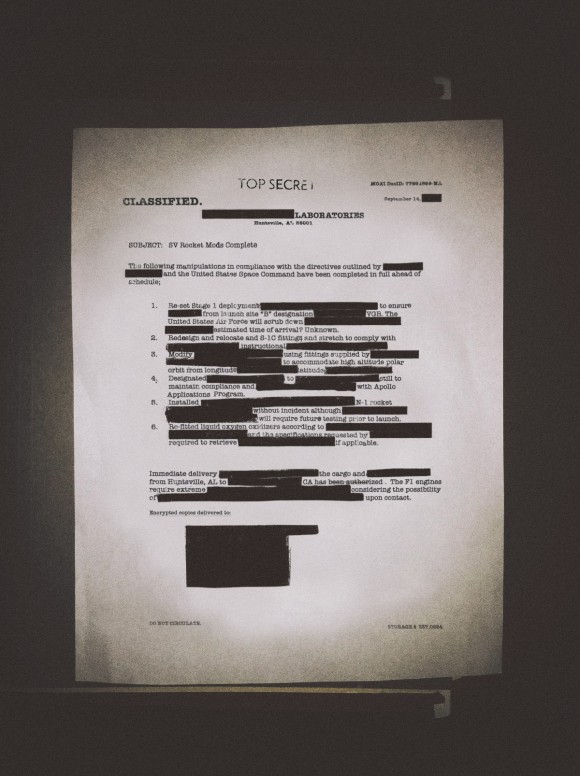 It looks like the Soviets and US Government are working really closely, even sharing technology. They are apparently using the then-secret N1 rocket that Russia built to go to the moon, but according to official history, it was canned because of multiple problems. However, most of the technology seems to be from the Saturn rocket, and I’m not sure how NASA plans to integrate the technologies of the N1 rocket with the Saturn. Either way, the final rocket seems to either be ready or close to it, so hopefully we read about (or see!) a launch next. Like usual, you can find this document image on the Cosmonaut subpage of the Apollo 18 movie website by typing in the password “apollosoyuz”.

Thanks to Alex from the forum for finding this (as usual).

Apollo 18 is a sci-fi thriller shot in the found footage style. The Weinstein Company plans to release the film in theaters on April 22nd. For more details on the film and its viral campaign, see our Apollo 18 Viral Page.
Apollo 18