On the 25th anniversary of the Challenger accident, we get the latest document image from the Apollo 18 viral campaign. the file is called “sa514”, and it is a T-Minus Checklist for a launch involving the Saturn V rocket SA-514, which according to real history, was the first of two unused Saturn V rockets from the cancelled Apollo missions. Take a look at the Top Secret document after the break. 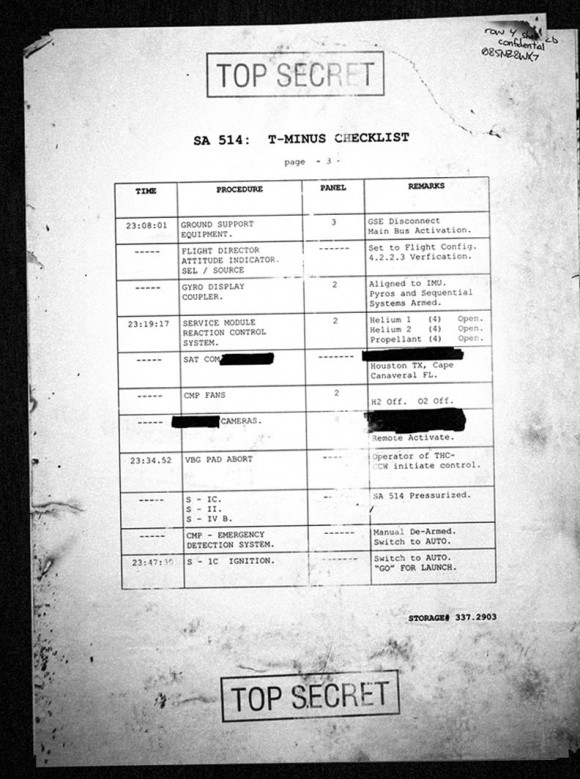 I don’t see anything special with the document, though a midnight launch time seems a bit unusual. This could be done for secrecy, though I think a lot of people would still see a rocket being launched at night from Santa Barbara.

Let us know in the comments below if you catch anything of interest in the document. For more information on the campaign, check out our Apollo 18 Viral Page.