Aliens Have Destroyed My Home, But Now We Know More About Them!

No, this isn’t the rant of a crazy man. The Battle: Los Angeles viral campaign has ramped up with two new updates. First, we at MovieViral got mailed a letter from the W.A.T.C.H. group that contains a photo showing my home being destroyed by our alien enemy. Fortunately, we do know a bit more about said enemy thanks to an update on one of the film’s viral sites. Details after the break.

The letter I received was to promote the W.A.T.C.H. Ops game we told you about last week, and included was a nice image of my apartment being bombed by the aliens. Check it out below. 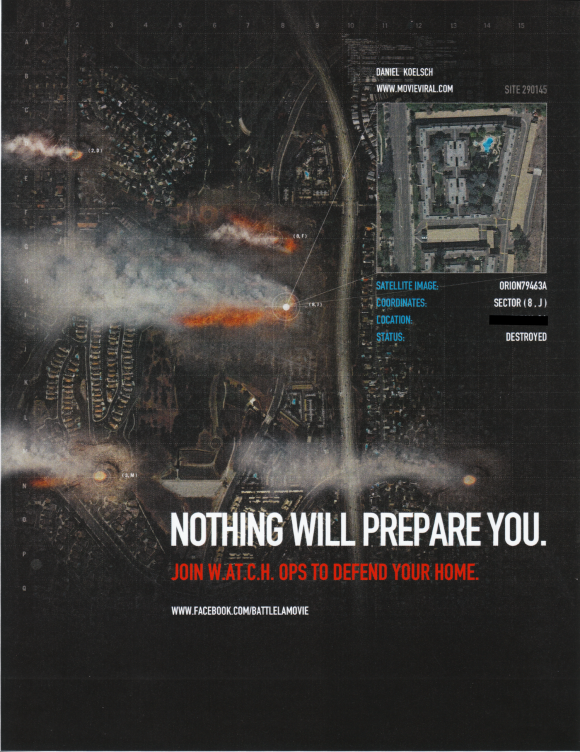 While I may not feel safe at the moment, at least the updated Unidentified Enemy viral site now has information on the hierarchy of the aliens. There’s even a detailed breakdown of the infantry units (as partially seen above). There may be more content updated since our original post about the site, so check it out and let us know if you see anything cool!

For more information on Battle: Los Angeles and its viral campaign, check out our Battle: LA Viral Page.