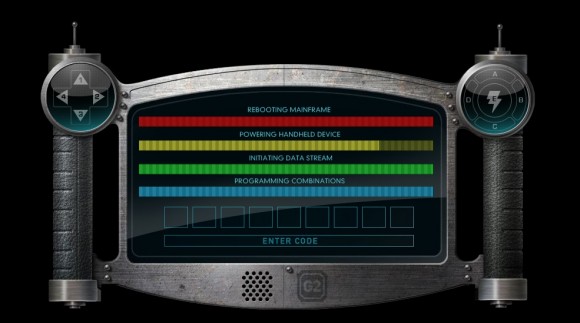 Promotions for Walt Disney Pictures’ upcoming rock em’ sock em’ robots film Real Steel has been quiet as of late. Perhaps one of the reasons why is that rather than releasing clips or a new trailer the studio has gone forward with a viral marketing campaign. Marketing has started at the PAX East gaming convention in Seattle, where the studio has been releasing remote controllers that link to WRB.com. home of the World Robot Boxing League, essentially the WWE of Real Steel. The site has since been updated and is asking for codes to be input on a controller. To see the code and access a new achievement hit the jump. 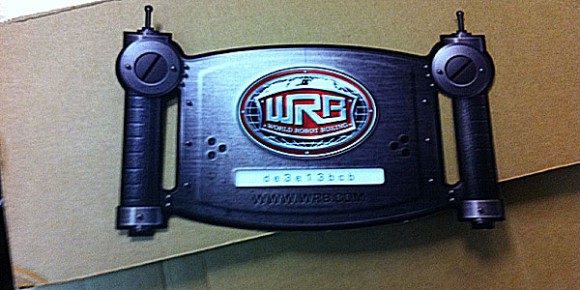 The L.A. Times’ The Hero Complex wrote an article on the brand new ARG yesterday, with Firstshowing.net writing about it today and they have posted an image with the code (if you can read the image above, input the code, de3e13bcb, to receive your achievement). According to the website’s blog, the ARG stuff will lead somewhere and there are levels, layers, cool reveals and special access offers coming down the line. There is also a chance for director Shawn Levy or lead actor Hugh Jackman becoming more active in this ARG.

So check it out and create an account to login.