A couple weeks ago, we reported that a viral campaign for Marvel Studios’ Thor began at C2E2 (Chicago Comics and Entertainment Expo). The secret government agency from the Marvel Universe, S.H.I.E.L.D., set up shop to begin recruiting agents. Today at WonderCon, S.H.I.E.L.D. showed up to recruit more potential agents. Read on to find out more!

Some WonderCon attendees staying in hotels around the convention woke up with notes slipped under their doors from S.H.I.E.L.D. director, Nick Fury (played by Samuel L. Jackson). 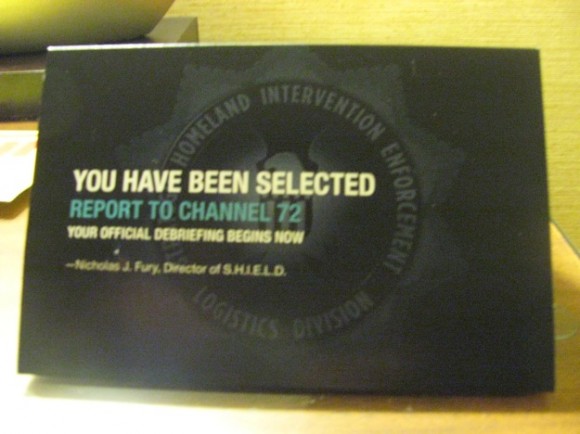 SuperHeroHype posted the video which appears on channel 72 on the hotel’s closed-circuit TV. S.H.I.E.L.D. later had a booth set up outside for people to sign up at their website, as well as get a picture ID. Alex Billington of FirstShowing.net tweeted a photo of his new S.H.I.E.L.D. ID badge, showing that he was a “Level 1 Field Operative”.

In the background of Alex’s photo, you see a blurry poster of Thor. Here is a clearer image of that poster, thanks to Peter Sciretta of /Film! 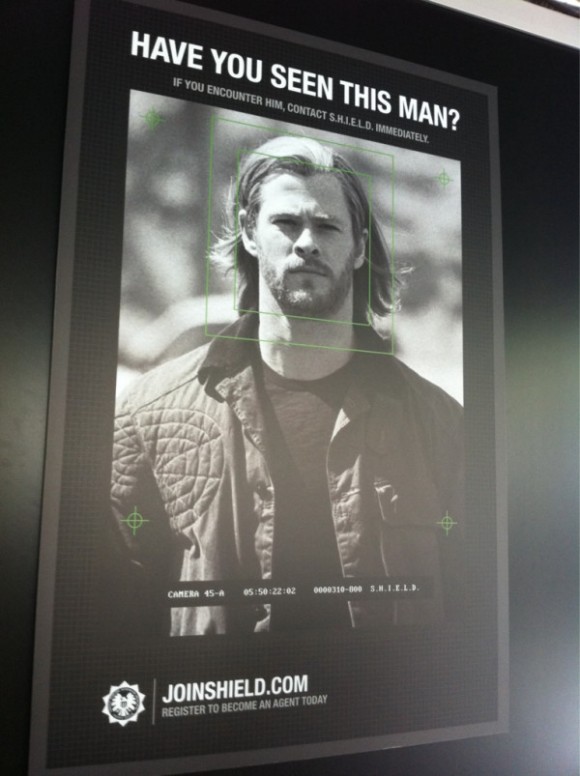 For those of you not at WonderCon, you can sign up to become an agent of S.H.I.E.L.D. at their website, www.joinshield.com, to be notified when the entrance exam begins. Hopefully they send out those cool IDs to those who weren’t able to make it to the con.