Lionsgate Announces Its Cast for “The Hunger Games” Via Facebook 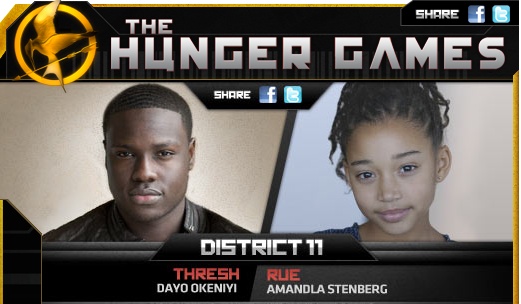 Normally we would not report on casting news, but since there is a twist to this one, we here at MovieViral.com can make an exception. Lionsgate is developing the film adaptation of Suzanne Collins’ novel The Hunger Games with Gary Ross helming the director’s chair. Now the studio has found a creative way for announcing its cast that does not deal with blogs or Hollywood trade publications. Find out just how by hitting the jump.

In an innovate move, the cast for The Hunger Games is being announced via Facebook. Monday, we learned that newcomers Dayo Okeniyi and Amanda Stenberg would play District 11 tributes, and yesterday Lionsgate posted that Jack Quaid and Leven Rambin have been cast as District 1 tributes Marvel and Glimmer. It would seem that Lionsgate is going directly to the fans to announce their castings for each district, rather than go to blogs or Hollywood trade sources. This is a great way for studios to speak to the fans and is the quickest way for Lionsgate to get reactions from them for each casting. 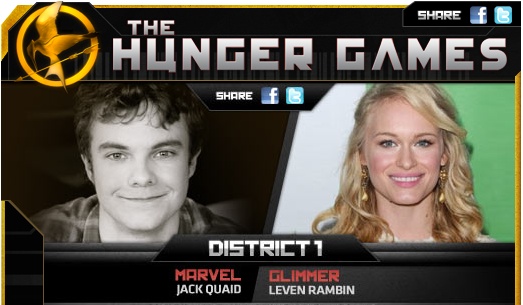 Click the “Who Are the Tributes?” link on the official Facebook fan page to find out who is currently cast and to be updated on who will be cast.

For those who are unfamiliar with the story of the “The Hunger Games,” the story chronicles a dystrophic Capitol which requires its twelve subjugated districts to pay tribute in the form of a teenage boy and girl, forced to participate in the annual “Hunger Games,” a fight-to-the-death live televised event. Katniss Everdeen’s little sister is chosen in the lottery to participate and Katniss volunteers to take her place. Although persevering through hardship is commonplace for Katniss, she must start making choices that weigh survival against humanity and life against love in order to win the games and return home. 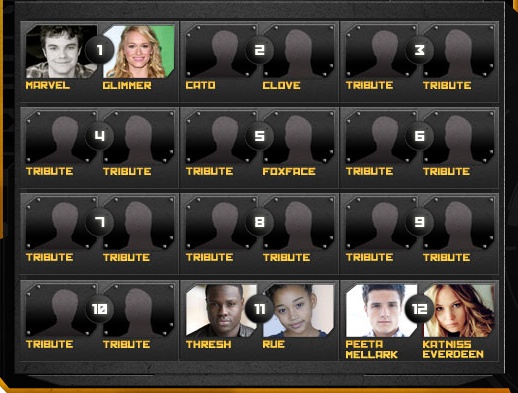