On Twitter, I’ll ask two questions at 6:50pm PDT. The first person to answer the first question gets the Green Lantern t-shirt and their choice of 1 of the buttons, three of the comics, and one of the Star Wars or Hanna items. I’ll then ask the second question, and the first person to answer that gets the rest. Below is the list of items I have in the order they are pictured. 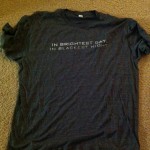 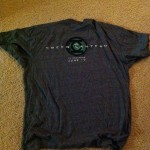 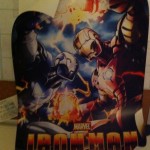 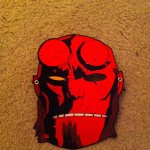 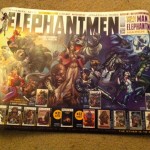 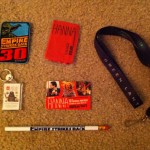 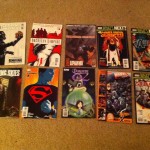 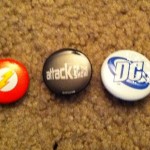 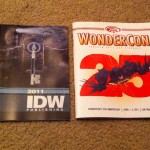