Super 8 Viral Update: “They got to him”

When we last left the Super 8 viral campaign, we knew that fish enthusiast Josh Minker’s dad worked on a secret government research project involving something extraterrestrial, and that the man Josh has been communicating with lately (dubbed “Mysterio” by ARG players) was a coworker who is trying to help Josh find something called a “vitas relic” that is very powerful and others are after as well. Now we know that something has happened to Mysterio.

Sarah is a friend of Josh’s, at least until Josh found out that she ran a conspiracy site called Revalistic after he told her about all the vitas relic stuff. She explained to him that she and the company she works for are after the vitas relic as well (the website’s name, an anagram for “vitas relic”, should have been a tip off), but that she can be trusted. We found their chat about this at Revalistic.com/explanation, using the password BXTSLWK729. Now that same page has been updated.

They got to him. This just came in the mail. I know you don’t want me to but I’m going after the next piece. It’s in West Virginia, gonna take the car. I’ll call you from the road. Please don’t worry.

The note is on a back of a picture of Josh’s parents, and it it looks to be from Mysterio, explaining that he has been found, and that he would have killed himself (presumably to prevent himself from talking). We also finally get his name, Alexander Kaslov. Take a look at both side of the note below. 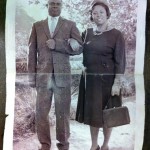 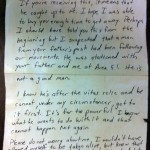 It’s interesting that the story has taken such a drastic turn. The movie is less than two months away, so we know that the viral needs to ramp up, and this is a good way to show that the stakes are high. What this means for the STIES website is unclear, since that was the primary way that Kaslov and Minker communicated. It’s still unclear whose computer it was emulating, but my guess would by Kaslov.

Now we’ll probably follow Sarah down the rabbit hole as we try to find the vitas relic and figure out what it is. I originally thought it might be the film reel that is slowly coming together on S8 Editing Room, but there’s a good chance it’s the object in the film itself. This makes sense when you realize how much heat is on this mysterious object.

What do you all think about this latest development? Get up to speed on the Super 8 ARG by checking out our Super 8 Viral Page.