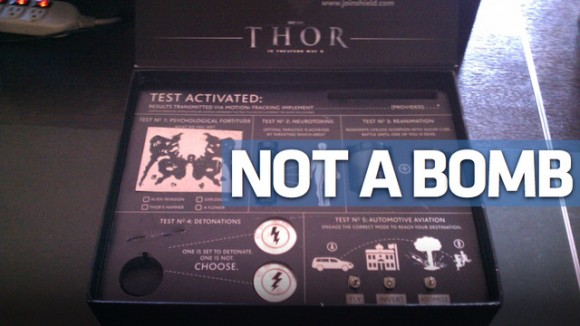 Normally press kits are tools from studios given to bloggers, newspaper journalist, and even T.V. journalists to push whatever it is they will be releasing. It is also a great marketing tool. But when a press kit becomes a threat to our security, then it raises some high brows. Hit the jump to see how the latest Thor press kit caused quite a stir in one neighborhood.

The images comes courtesy from our friends at Jalopnik. A briefcase-shaped press kit with the Acura logo clearly stamped onto it caused a bomb scare and an evacuation at a bus station in Ann Arbor, Mich. Apparently it was dropped off in a recycle bin just outside the offices of Automobile, where it was never picked up. The bin is located adjacent to a bus terminal where someone saw it and mistaken it for a bomb. 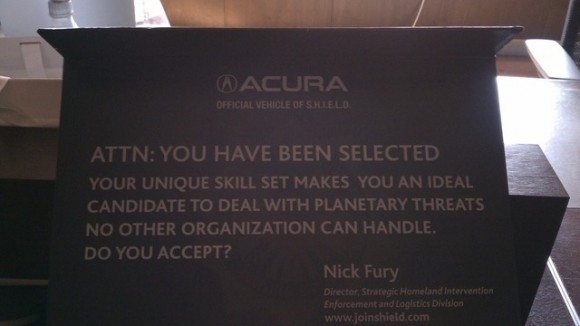 Of course the police and bomb squad were brought in to investigate, but the situational was quickly defused when it was discovered that the kit was of no immediate threat to anyone. 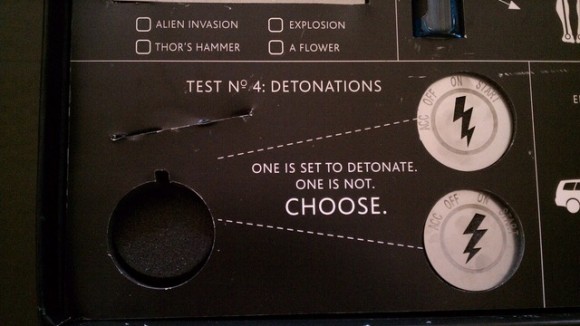 In that person’s defense, the kit did have detonate written on it and there were illustrations of explosions drawn in the middle of running children and what seems to be a government building. Also the word atomize was written below a flip switch. 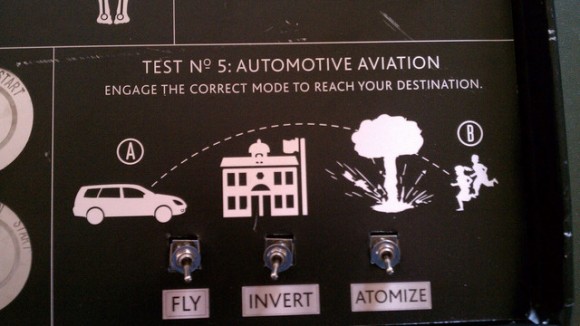 I am just a little disappointed that the caller didn’t even attempt to reanimate the scorpion and battle it, if he knew any better he would of reanimated the scorpion and used the top buttion as the one that does not detonate. Sadly the caller shouldn’t be expecting any messages coming from Nick Fury anytime soon. 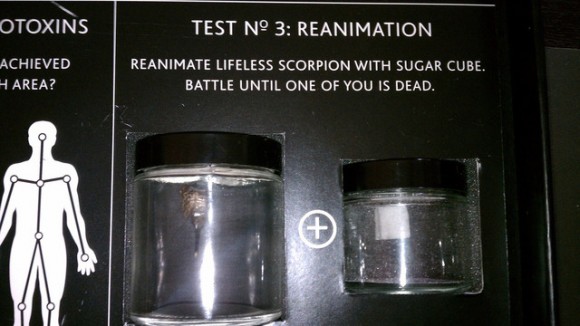