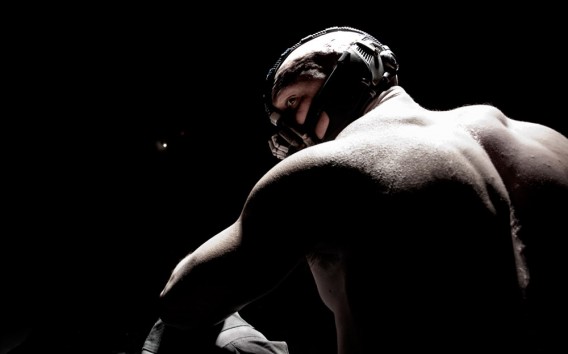 Cue the Hans Zimmer Batman theme because not only do we have our first look at Bane, but The Dark Knight Rises Viral Campaign begins. And that means we will be hard at work keeping you up to date on all that is happening with the viral campaign. Hit the jump to see the new website and a full view of the new image

Early this morning WB launched the official website for The Dark Knight Rises and upon entering the website you start to hear loud chanting. If you listen carefully you can make out the people chanting #thefirerises, which when posted on Twitter or Facebook reveals a hidden image pixel by pixel. The image revealed was an image of Bane (played by Tom Hardy).

JoBlo was the first to come across this exciting news. According to Badassdigest, this is pretty much how The Dark Knight viral campaign started. Now the question is if it starts out the same will it end the same way as well? I personally think it should. It’s the best way to involve fans and reveal a little more about the movie without having any product placement involved.

Bane does look badass and hopefully we will get to see more things like this in the coming weeks.