“The Muppets” Are “The Fuzzy Pack” 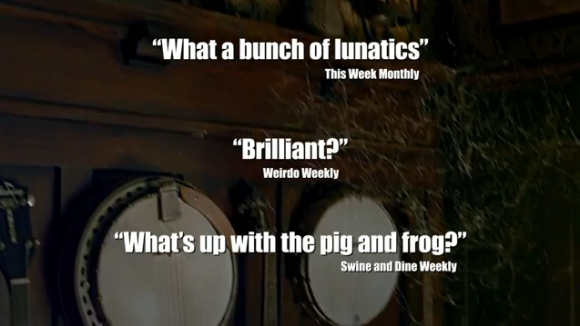 Playing off the similar tones of The Hangover Part II trailer, Disney has released a trailer for The Fuzzy Pack. Now if it hasn’t already hit you, this is yet another faux trailer for The Muppets, and while it may not feature any new footage it does show off some of the cameos we can expect to see in the film. Hit the jump to see who is a muppet.

Disney saw how successful The Green with Envy trailer was and wanted to replicate that same success with yet another teaser. This time it they crafted a parody based on the The Hangover Part II teaser trailer. It starts and ends almost the same way and even features the snippets of faux trade magazines and newspapers. While the pacing and structure for this teaser is very much similar to that of The Hangover Part II, it does not hold a candle to the Green with Envy one, its obvious that the studio wants to cater to all audiences, this one being aimed towards a more mature audience. But with The Hangover like theme and some of the more adult friendly cameos that were featured in the end, I’d like to think it worked. Just check out the trailer below.