We’re a week away from Warner Bros. release of Green Lantern, and this week DC Entertainment announced the launch of an app based on best-selling DC Comics super hero and timed to the release of the film. Hit the jump for more details!

The Green Lantern app is your destination for all things Green Lantern. You’ll be able to read over 200 Green Lantern comics, including GREEN LANTERN: Secret Origin by Geoff Johns and Ivan Reis. New comics will be added every week for your reading pleasure. The app also contains the latest trailers for the theatrical release of the Green Lantern movie. 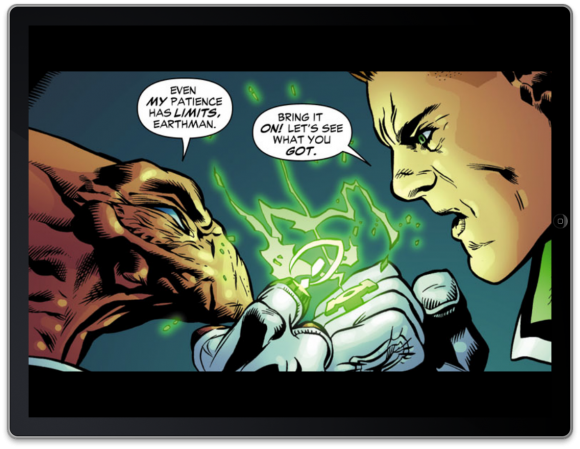 It also features the following:

Featured Sections include, New To GREEN LANTERN? Start Here!, We Are The Corps! and His Darkest Days, all of which include essential reading for fans new to GREEN LANTERN comic books.

Key first appearances of Green Lantern Corps members such as Kilowog, Tomar Re, and Sinestro.

The App is available now, for free, on all iOS mobile devices. Be sure to check out Green Lantern in 3D on June 17th!