Tomorrow we’ll have our extensive recap and review of the Super 8 viral campaign, but before we can do that, there’s one more update to give. When we last left Josh Minker, son of alien liberator Dr. Woodward, he had possession of a testing device seen in the S8 Editing Room video. Sarah was helping him find his dad, but she was kidnapped and held for ransom by the unknown group (probably a secret division of the government) in exchange for the device. Now we know her fate and what Josh’s dad was really hiding.

A new entry on the print out on the Scariest Thing I Ever Saw website shows a bag with needles, syringes, and some chemical, along with a statement from Josh. He says that Sarah is fine. He went to her and the people after them were killed instantly by an energy. The item Dr. Woodward was hiding for Josh to find was one of the alien’s cubes. The top of the text shows “D: 1912”, which implies that the device number is 1912. When you enter “1912” into the command window on STIES, you get the last message from Mysterio, which explains that Josh’s dad is buried in Lillian, Ohio behind the toolshed [of the cemetery], a location that plays a major part in the film’s story.

Super 8 is in theaters now. Check out our Super 8 Hub for our coverage of the film. 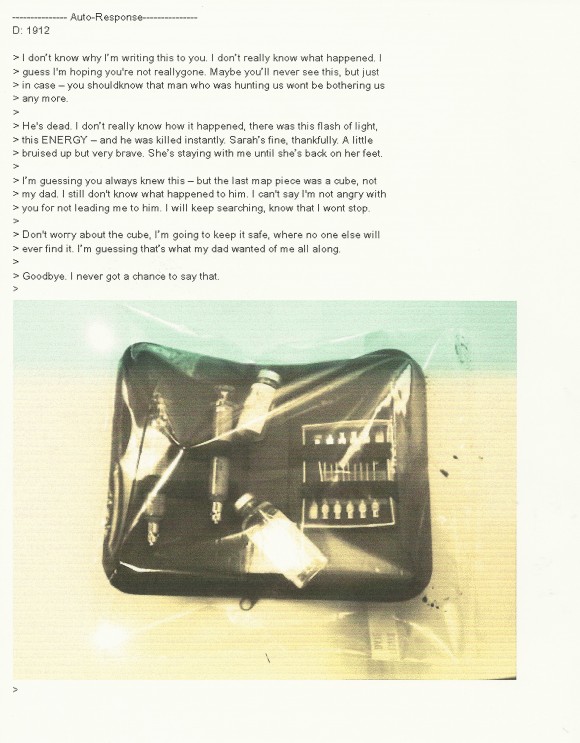