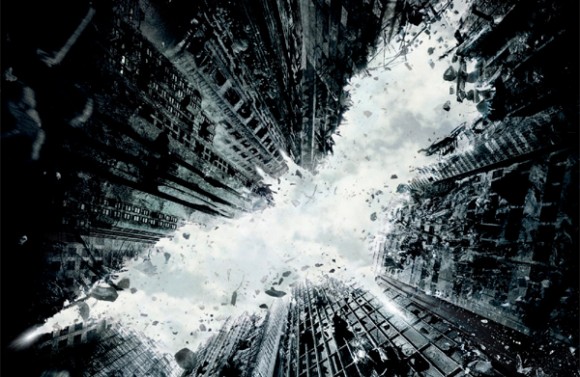 Finally, after a teaser viral, a teaser poster, and an entire weekend of waiting, we finally have the trailer for The Dark Knight Rises. WB released the trailer on the official Facebook fan page for The Dark Knight Rises, so naturally there is no embed code. But turn that frown upside down because Slashfilm (via The Film Stage) has the trailer for us to watch for those that don’t have a Facebook page yet. Hit the jump to watch it and get a few tid bits on possible viral updates.

Now, this trailer features the same chanting from when the viral campaign began a month and a half ago. That chanting took had users tweet or update their status with #thefirerises. After all was said and done, the mural of twitter profile photos revealed the first image of Bane. But what does the chanting mean now in terms of the viral campaign. That is still unknown. But what we do know is that the chanting (in Moroccan it means He Rises, He Rises) will probably play a vital role in the viral campaign, should there be one. So if there is one, could we be seeing some sort of chanting or ritual at the San Diego Comic-Con this year? We still do not know who is handing the viral campaign. But if there is one, and there should be one, you know MovieViral.com will be there to cover it.

In other Batman related news, David Chen of Slashfilm.com tweeted a link to a fan made Batman teaser poster. Now given the impact that Nolan’s Batman films have had, this is just not your ordinary fan made poster. It features the symbol of the Batman throughout the three films. All three of the original posters featured the symbol of the Batman in one form or another. With Begins, we saw a gritty brown Batman logo; with The Dark Knight, we saw the Batman logo burn; and with Rises, we see the symbol of the Batman crumble. So this fan decided to fuse all three parts from each of those posters and create one singular Batman symbol, and it really looks bad ass. 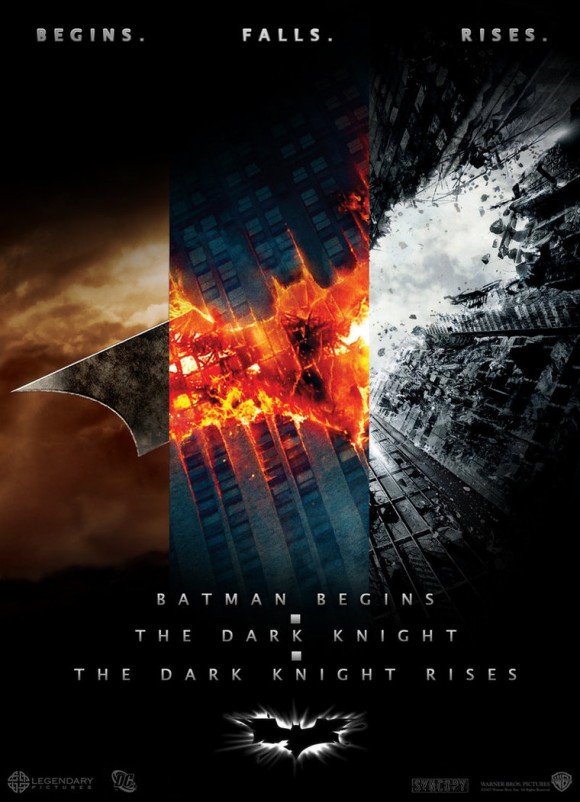