Thursday was the first official day of Comic-Con, and of course, the place was packed as usual. Check out my experience yesterday, as well as some of the big news coming from the convention, after the break.

My day started with heading over to the Real Steel truck at PetCo Park, where Hugh Jackman himself was handing out t-shirts and tote bags to promote the film. He even took questions and confirmed that he would be fighting the Silver Samurai in the Wolverine sequel. Next I had the USA Network roundtable interviews with Sarah Shahi (star of Fairly Legal), Matt Nix (creator of Burn Notice), and Bruce Campbell (Sam on Burn Notice). Shahi was even more beautiful in person, and Campbell has such a powerful presence, yet he seems like a guy you want to have a beer with. I’ll post audio and text highlights of those interviews later this weekend.

The rest of my day was mostly spent in Hall H. Sony Pictures Animation presented Arthur Christmas and The Pirates! Band of Misfits, and while I’m still not sold on Arthur, The Pirates looks genuinely hilarious. Pee-Wee Herman (Paul Reubens) then took the stage for his own interview session, where he talked a bit about his upcoming movie being produced by Judd Apatow. He’s even going down to the Alamo soon, though it’s for an episode of Top Chef.

I then live blogged both the FilmDistrict Panel and the 20th Century Fox Panel. FilmDistrict presented Drive and Don’t Be Afraid of the Dark. While the audience seemed to love both, only Don’t Be Afraid has peaked my interest. 20th Century Fox presented Prometheus, Rise of the Planet of the Apes, and In Time. So little footage from Prometheus was shown that I can’t really get a feel for the movie. I’m definitely excited given the talent involved (Ridley Scott directs), and that it connects to the Alien universe, if just barely. We saw a lot of footage from Rise of Apes, and it looked really good. I argue that Andy Serkis (who was in attendance) is one of the best actors in Hollywood. I’ve actually seen a test screening of In Time, and while I like the premise and some of the little details, the film is a bit of a mess. Hopefully it’s cleaned up by its October release.

At some point (I honestly don’t remember when, though I think it was earlier), Morgan Spurlock came out to show us the trailer for the Comic-Con movie he and Joss Whedon filmed last year, titled Comic-Con Episode Four: A Fan’s Hope. It looks really insightful and funny. The last panel I stayed for was Robert Rodriguez. He gave a bunch of little updates on his projects, including the fact that two Machete sequels are being made (one has been greenlit). Also, he is helping to work on the Sin City sequel script, and it could start filming as early as this year. Rodriguez also mentioned that the smelling cards to be used for Spy Kids: All the Time in the World in 4D will be free whether you buy a ticket or the DVD when it is released. Rodriguez then went on to explain his new Quick Draw company and taking on the Heavy Metal franchise. Right after that was a roundtable with Rodriguez, so I will also have that for you later this weekend.

As usual, I had other things planned for the day, but between exhaustion, frustration, and other forces, I was not able to do much more. To see some of photos I took, check out our Flickr. There were a lot more big news stories coming from the convention today, so if you are looking to get up to date, I suggest checking out Coming Soon, as I have really liked their coverage.

Read all of our coverage of Comic-Con here! 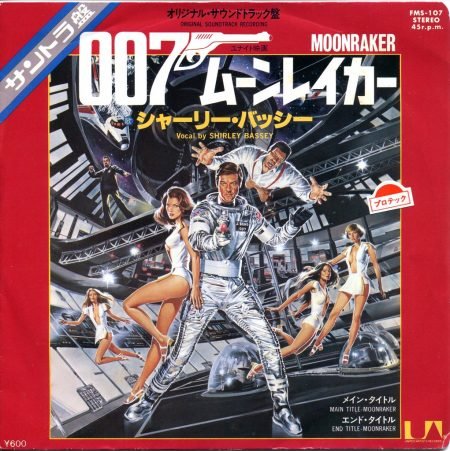 #MOONRAKER is TRENDING on Twitter. Here’s why it still matters as a Bond film..

#MOONRAKER is TRENDING on Twitter. Here’s why it still matters as a Bond film..