The Bat Signal Shines In Pittsburgh

Batman loyalists shine his symbol on a city skyscraper yet again! To commemorate filming starting this week in Pittsburgh for The Dark Knight Rises, local tech companies Idea Foundry and Lightwave International displayed the symbol on the Highmark building. Check it out after the jump.

Staff Blogs from the Pittsburgh Post-Gazette has an interview with The Idea Foundry and Highmark Inc. CEOs.

Mike Matesic, CEO of Idea Foundry, said his company “is delighted only only to see major motion pictures like ‘Batman’ choose to film in Pittsburgh, but also to help them take advantage of all the other benefits our region’s technology companies have to offer.

“What we’re seeing with Lightwave is just the tip of the iceberg in terms of how our local tech companies can help filmmakers produce, market, and generate new revenue streams for their movies and TV productions.” 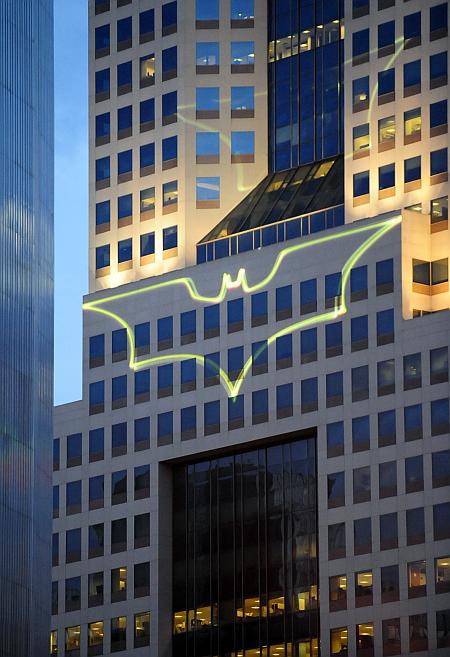 So new partnership in marketing this isn’t just for The Dark Knight Rises. Residents of Pittsburgh, there’s more to come for you yet.