One of this summer’s most raved about films, Attack the Block, is getting released in 6 markets across the United States and Canada: Boston, Orlando, Atlanta, Dallas, Washington, D.C., and a sixth undetermined market that will be chosen by fans. Want to learn how to bring the movie to your block? Hit the jump!


Attack the Block, from the producers of Shaun of the Dead and Hot Fuzz, follows a group of inner city youth as they defend their South London apartment complex from a full-on alien invasion! Sounds exciting huh? If you don’t live in one of the five aforementioned markets, head over to the official Attack the Block Facebook fan page to cast your vote (get your friends in on the action too) and bring the movie to one of ten cities including: Cleveland, Detroit, Philadelphia, and San Diego. Pheonix is currently in the lead. Check out the trailer below to get you pumped up: 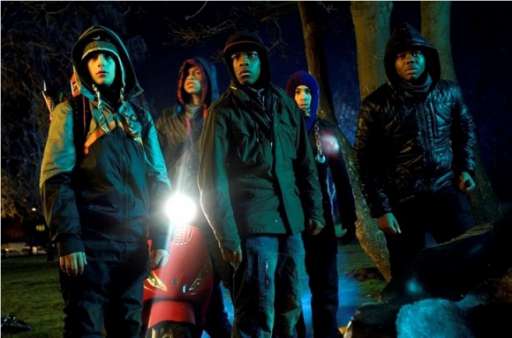