J.J. Abrams’ Super 8 may be almost out of theaters here in the United States, but tomorrow is the date that the film will finally be released in all countries. To promote the occasion, Paramount has a new internet campaign dubbed “Gonna Be Mint” after what has become a catchphrase for Riley Griffiths’ character Charlie. Get the details after the break.

Super 8 takes place in the small (fictional) town of Lillian, Ohio in 1979, and it is the story of Joe Lamb (Joel Courtney) and his friends getting mixed up in a train derailment while filming their zombie movie. The train was transporting an alien from Area 51, and it goes on the rampage. Joe and his friends discover the secret of the alien and the military’s involvement and go to save their friend and his love interest Alice (Elle Fanning).

As you should know, we at MovieViral have covered the extensive Super 8 viral campaign that focused on Josh Minker, the son of one of the scientists who researched the alien featured in the film (the father was also the guy who drove his truck into the train). From the looks of things, this new campaign is not related, but still offers some insight in the film and some cool features.

Go to GonnaBeMint.com to explore Joe’s desk. There’s a lot of content relating to “The Case”, the kids’ zombie movie, like a script and storyboards. You can even download the soundtrack to The Case if you want to make your own version! Explore the site yourself to see all the other cool features, the Listening to Lillian website for listening to Lillian’s police scanner and AM radio stations, including an old table top arcade game called Evacu-8, as well as other things we’ve seen before like The Rocket Poppeteers website. A Tumblr page was also created to help fans share the site and link to specific features.

There’s still at least one “coming soon” feature, so check back with the site by August 5th to see if all the content is there by then. What do you think of the website?

In other Super 8 news, Joel Courtney posted online a poster that was never used. Check it out below. It’s a great design that really invokes E.T., but considering the kids don’t ride their bikes that much, and there are no shots like that in the film, I can see what it wasn’t used. 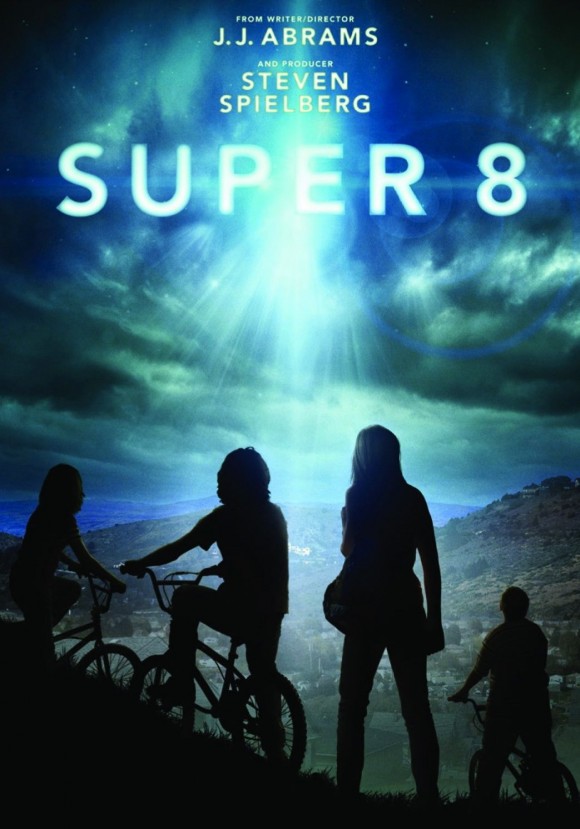