Unfortunately, the biggest thing Dimension Films’ Apollo 18 may be known for is it’s constantly changing release date, but there was a time when its viral campaign ruled the newsfeed. After taking a hiatus since March, the campaign is back in full force. See the latest updates after the break.

The campaign has centered around the official website subpage called Cerberus Station 9, where a series of documents have progressively been revealed. There have been different passwords in the past, but as of now, you can use the password “surveillance” to open all the documents. When we last left off, the mission had already occurred, and the voice recorder was supposed to be sent to get analyzed. The latest two documents, titled “lmovt_pg0” and “lmovt_pg2-51” are the cover page and page 2 of the 51 page voice recorder transcript. Page 2 shows that the astronauts heard something outside their lunar module. Check out both images below. 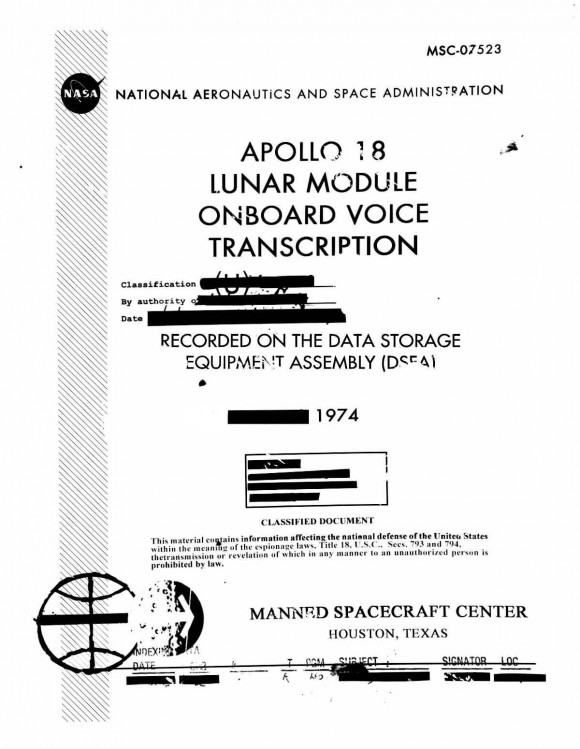 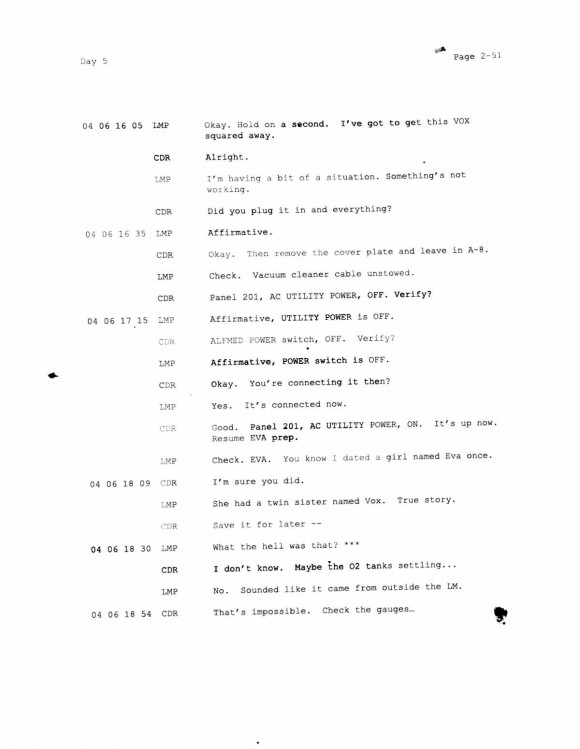 We also got a new poster and TV spot with these latest developments, both of which you can see below.

Apollo 18 is a found footage sci fi thriller from director Gonzalo López-Gallego and screenwriter Brian Miller, about a secret Apollo moon mission in which a vicious alien is discovered. The film opens in theaters on September 2nd in the US. Follow the film on Facebook, Twitter, and YouTube. Follow our coverage of the viral campaign on our Apollo 18 Hub.