Emma Stone & Viola Davis Provide Their Version of “The Help”

Recently MovieViral.com was treated to both a screening and a roundtable interview for the sentimental film called The Help. While we like to pride ourselves in being you the best movie viral coverage the Internet has to offer, we also like to broaden our knowledge of all things movies. The Help, a film based on the civil rights movement, has audiences seeing Emma Stone in a role they are not familiar with. Oscar nominee Viola Davis was partnered with the young actress and together they shared their experiences on and off the set, both displaying natural chemistry. Stone did mention that she had completed shooting The Amazing Spider-Man at the end of May and that she would be in attendance at the San Diego Comic-Con to promote the film, but remained silent on everything else. Davis spoke about the misconceptions of what an Oscar nomination brings and the difficulties she has with her non-stop schedule . You can read that and all of the stories they have to tell while shooting The Help after the jump.

The two started to talk about how the cast adopted stray dogs and how fellow cast member Allison Janney got in over her head by adopting two strays.

Emma Stone believes that they were very lucky on the set and that the production was relatively chronological so there wasn’t a need to build this long lasting construction of friendship. For Viola Davis she believed that she doesn’t need to go into detail to build friendships. But she swears that she isn’t cold like that. But she believes it is because of her acting studies that allow her to “fake” a relationship. Trust me she isn’t cold as she seems, she is actually quite nice.

Davis explains that emotional scenes never get any easier and that Oscar nomination comes with more stress. It is because of that nomination precedes her now. She tries not to operate on the point of view of fear and that point of view is now stuck in her head. She fears that the movie she does will be found out and that the audience will judge her based on her performance.

Stone was quite embarrassed when one of the interviewers pulled out an issue of Vanity Fair, which she graces the cover of. Now that she is having such a huge year, she says that there is nothing you know until you know. She compares her recent jump in stock that to getting her own phone line when she was younger or her first car. She says it feels so different every year and that no year is the same or it bare little resemblances from the year before.

According to Stone and Davis, the cast never talked about the Hollywood working status to each other. Davis said that no one ever addresses her as Oscar nominated Viola Davis. For them it was just parties and having fun like normal people.

Stone attributes her stability in life to her friends and family in life. She says that her family has been proud of her and what she has done never once boosting her ego. She jokingly said that her parents would even be proud of her if she drove a garbage truck if that was her passion.

Quickly going to The Amazing Spider-Man, she said her friends never talked about what it was like to be on the set for the movie. Stone added that she struggled with the fan expectation. That unknowing factor is quite scary and that she hopes the story was translated well enough to please the fans. 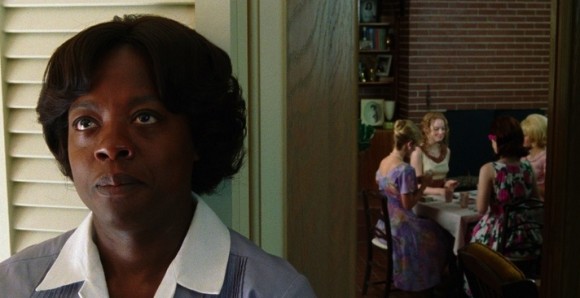 Viola added that people read and interpret the stories differently so that their truth would also be different. But according to Davis, the hardest thing to do as an actress is that sometimes people want laughs and that because she is a purist she has to work against the cliché ta-das.