Fright Night director Chris Gillespie has experienced the highs and the lows while sitting on the chair. While his Lars and the Real Girl was well received by critics, Mr. Woodcock wasn’t so lucky. Back by a strong cast, this contemporary re-imagining of the 80s cult classic may just pave the way for the director to have some great projects fall on his lap. This roundtable was fortunate enough to have Collin Farrell in the same room. He talks about his experience at Comic-Con. Of course you will have to hit the jump to hear the entire interview.

During Comic-Con I read on my Twitter feed that Farrell received Oscar props for his performance in In Bruges. So I immediately asked him what it was like to continue to receive such praise, especially in a geek centric convention such as comic-con. Farrell responded that he appreciates that the fans acknowledge his work.

Farrell recognized that Jerry wasn’t human nor did he have any desire to be human. He basically stripped the character of any emotion and believed that he had a disdain for humans. He understood that there was a chance that he could be somewhat repetitive, but thankfully the script didn’t ask for him to completely take away all emotions. 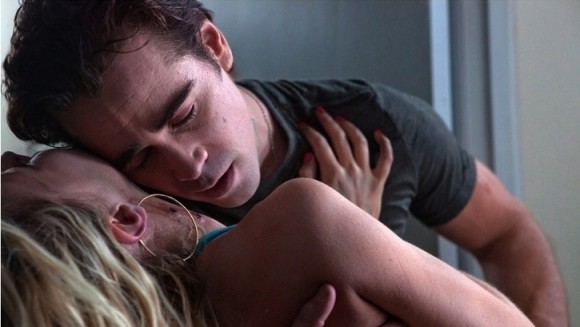 The actor truly believed that the practical does enhance the movie experience. While he does love the green screen and CGI technology, he believes that there is a sense of liberation when it comes down to practical things. He says when you see him bare his fangs there is a sense of that fear, and it is because of the fact that it is make up and not computer generated that the fear can be real and not presumed as fake.

For Gillespie he judges the material by the script. But when he first heard that Fright Night was a vampire movie he was hesitant. Still he gave it a read and loved the script that was penned by Marti Noxon. He said that the script was able to strike a balance between the comedy and the horror so cleverly that he had to direct it. Gillespie said that the practicality of the vampire is what also drew him to the script.

Gillespie was not familiar with the original Fright Night and did not view it until he got the script and completed the casting process. There were some things from the original that the director did add to the film, but no so much that it became a complete recreation. 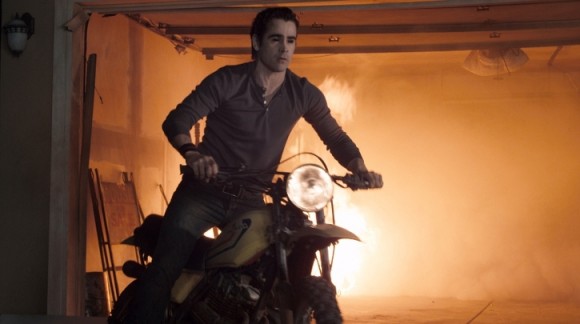 Farrell loves transitioning from his Horrible Bosses character to Jerry. He says that the two are more like a flick-of-the-switch kind of character where it was easy for him to go from one character to the other. But after five years of heavy drama films, the actor was more than happy to do something where he can make people laugh instead of cry.

At first Gillespie was reluctant to use 3D, but then it dawned on him, what would it be like for two people to stand inside a kitchen with 3D effects and tension drenched on the audience. He said that given that Avatar and Alice in Wonderland did so well capturing these moments with 3D, he wanted to use the technology. Gillespie wanted to have the audience immersed in that world.