Earlier this week, Disney sent out press kits for their upcoming robot boxing movie Real Steel, starring Hugh Jackman. These press kits had a note in them from a group called The Underworld, which turns out to be part of the viral campaign the film has been running. As the note warned, the primary viral site has now been hacked by the group.

The viral campaign has centered on World Robot Boxing and its website. The film and campaign take place in 2020, when robot boxing has taken over human boxing in popularity. The WRB is the official league for robot boxing, but The Underworld is a group that seems to prefer more gritty and brutal underground street fights. They hacked the WRB website yesterday and posted a few short clips of underground robot boxing matches. See what they did to the website below. 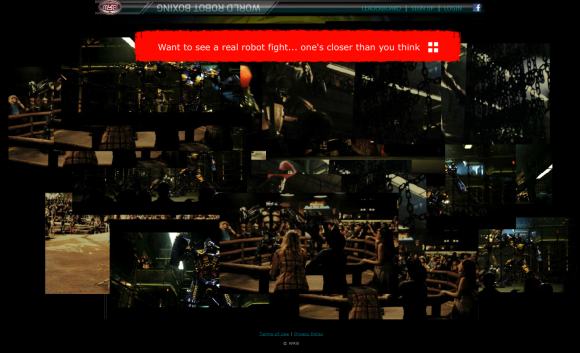 When you click on the four square symbol on the red banner message, four quick clips pop up. They don’t show much, but they are still pretty cool. Hopefully we’ll see more soon. Let us know what you think of the hack in the comments below!

Real Steel opens in theaters on October 7th. Follow our coverage of the film and its campaign here.